Paris.  The city of beauty and love.  The city of Eclairs and Crepes.  The city of...too damn expensive!  Money aside, we had such a fabulous time in the love city.  Rob was sick and I was getting over a cold myself, but we had a lovely time nonetheless.  Can't say that the weather stopped us from enjoying it, but I really wish it would have been warmer.  Paris in the spring with all the flowers... Ahhh that would have been super romantical. That is probably my biggest complaint.  The sun peeked it's head down every now and then, but not long enough to make a big difference.

I tend to do this thing where I romanticize the hell out of things.  I image them to be what I see on TV or in cartoons.  Like Egypt.  I don't know what the hell I was thinking before hand.  Rob says I was imagining flying carpets and Aladdin jumping around from the rooftops.  He may have a point, jerk.

We left our home at too damn early o'clock (4 am) and drove to load onto the tour bus.  We had a long drive ahead of us, but I was bubbly as ever.  As you can imagine, I was over the top excited.  We had a few pit stops along the way, and ended up at our hotel at 3 pm.  The Hotel Mercure exceeded my expectations.  I imagined a little hole in the wall spot on the outskirts of Paris, but what I got was a large hotel with a bar and a restaurant, wifi, and delicious breakfast.  Rob and I spent the first night tucked in the room so he could feel better, but it was up and at 'em the next day. 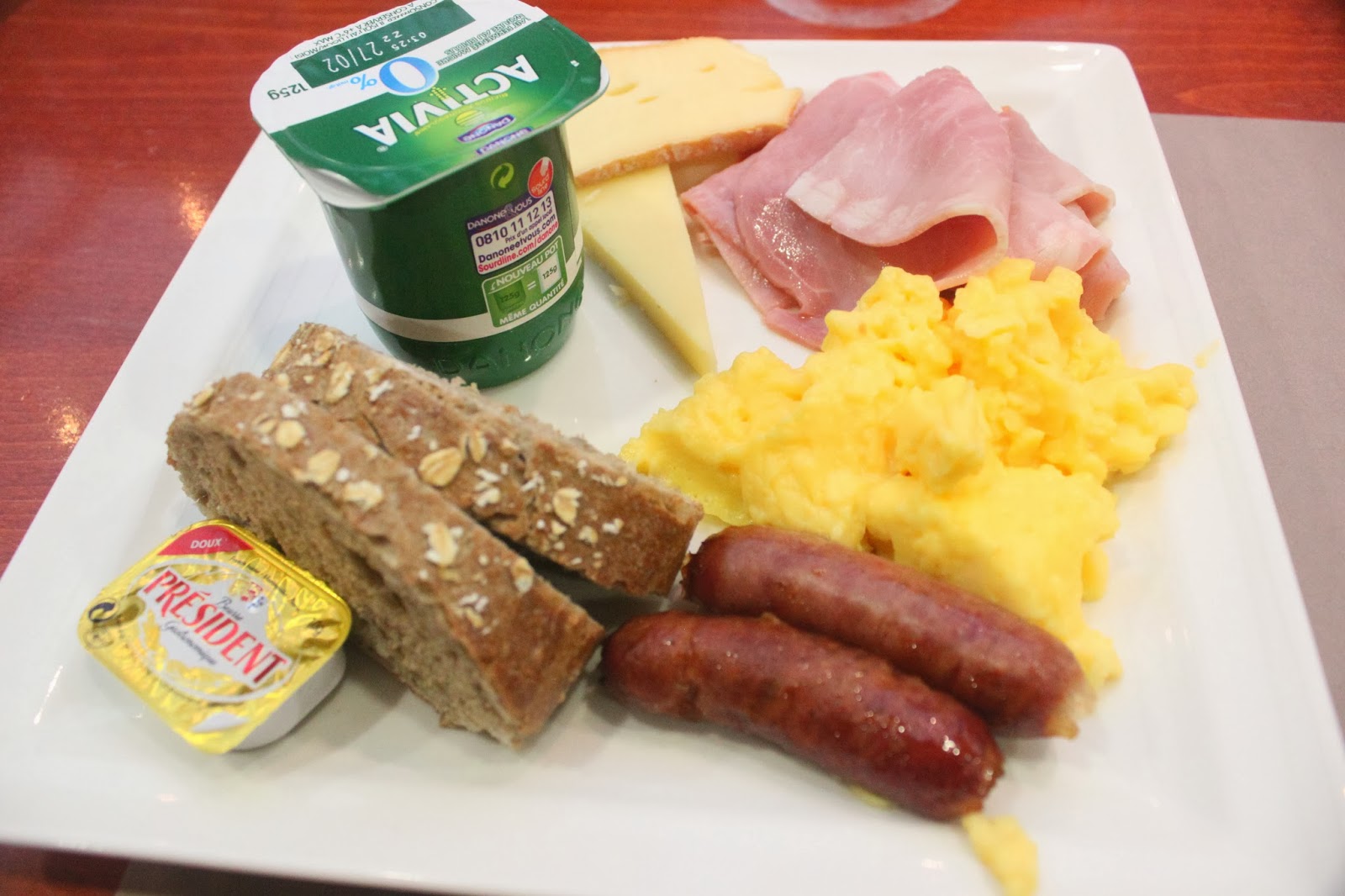 We started the day with what was equivalent to a Big Bus Tour and received a beautiful taste of the city.  We even got the chance to stop at Napoleon's Tomb.  The Parisian's absolutely worship the tiny general (even though my husband tells me he was actually 5'7"). 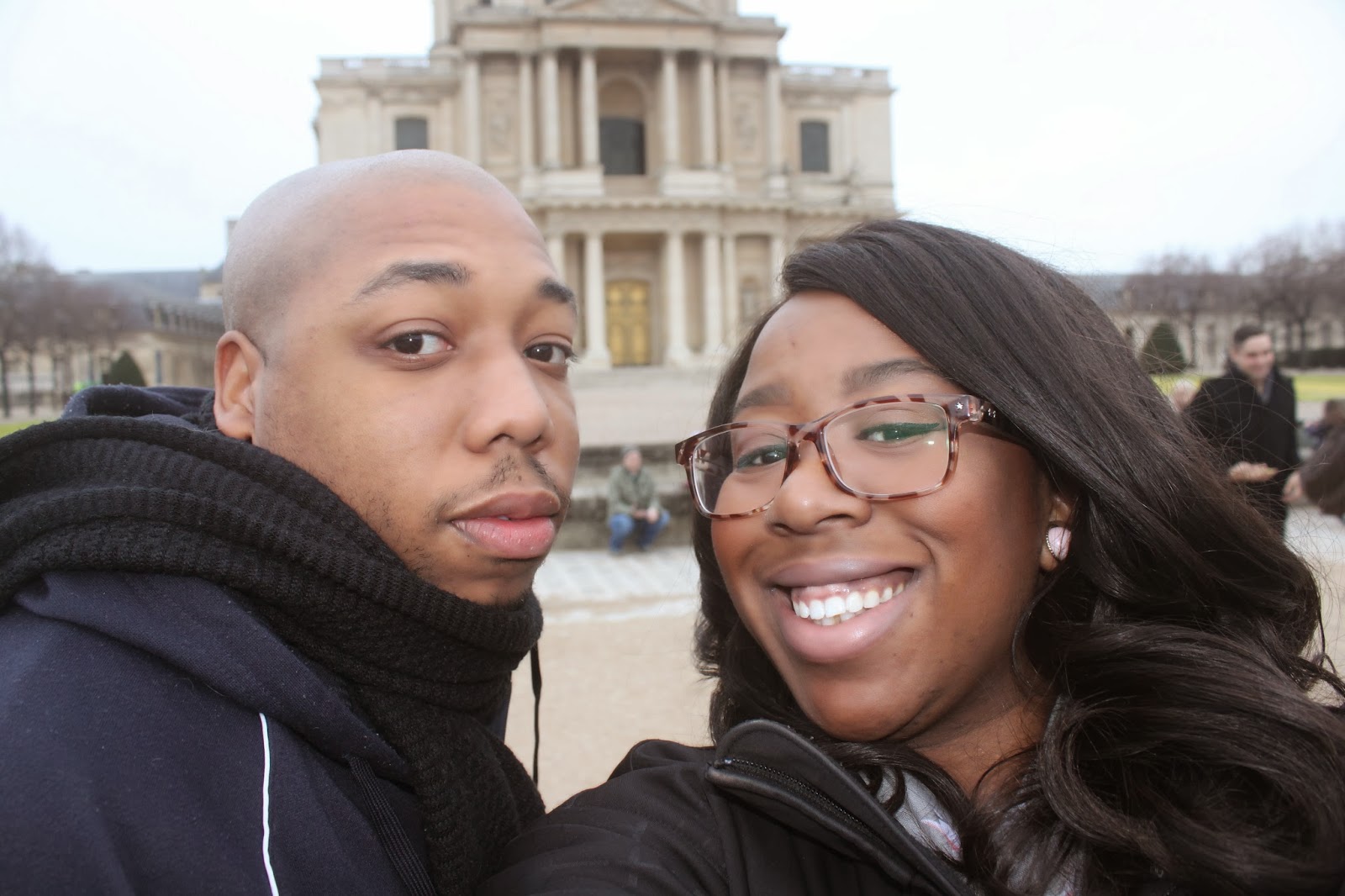 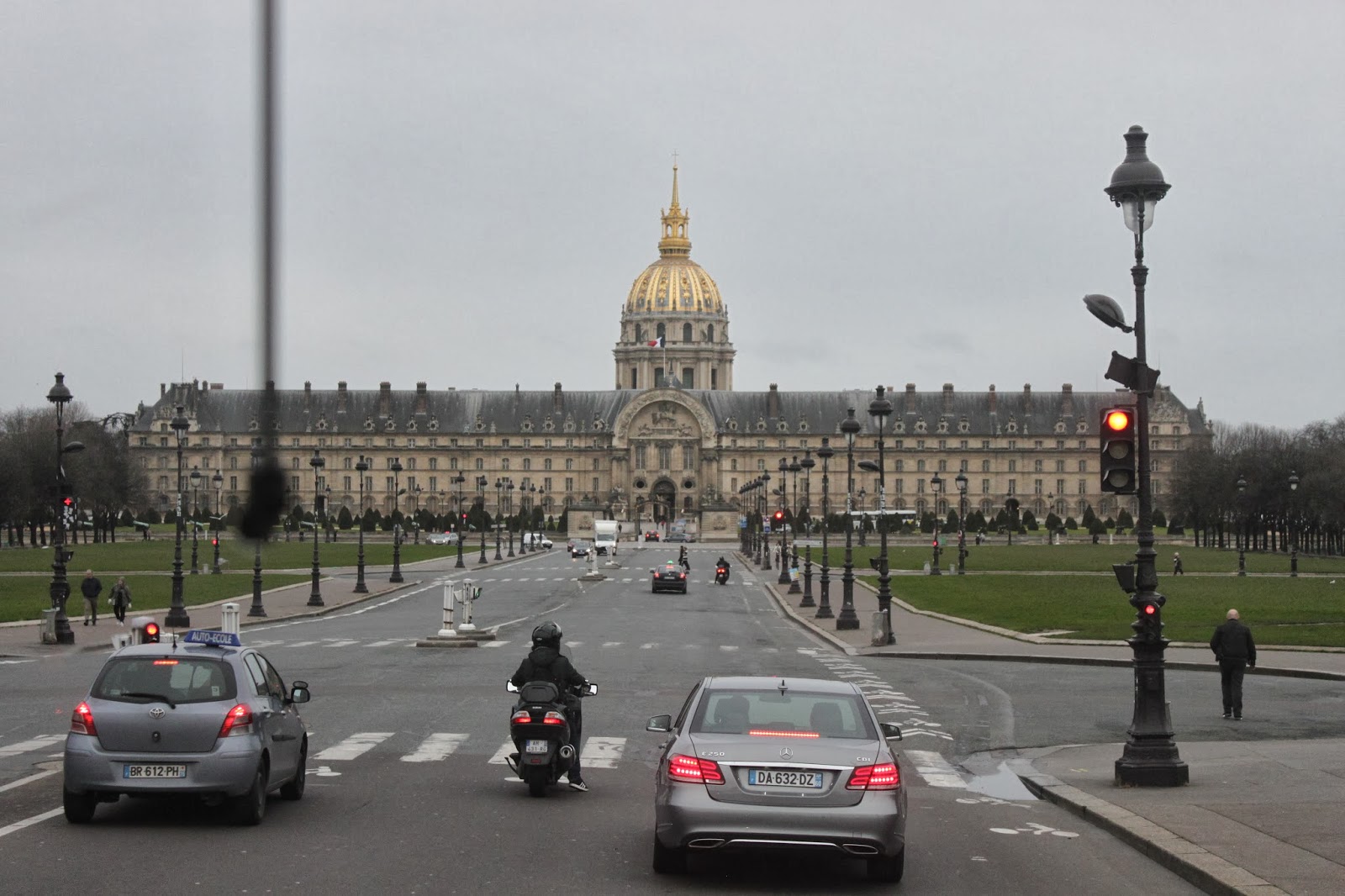 And we jumped off to take some pics with the glorious Eiffel Tower. 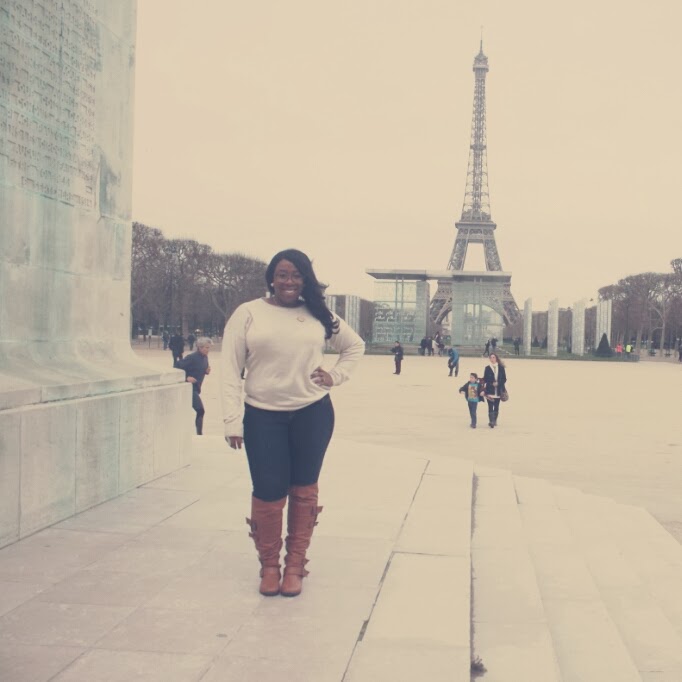 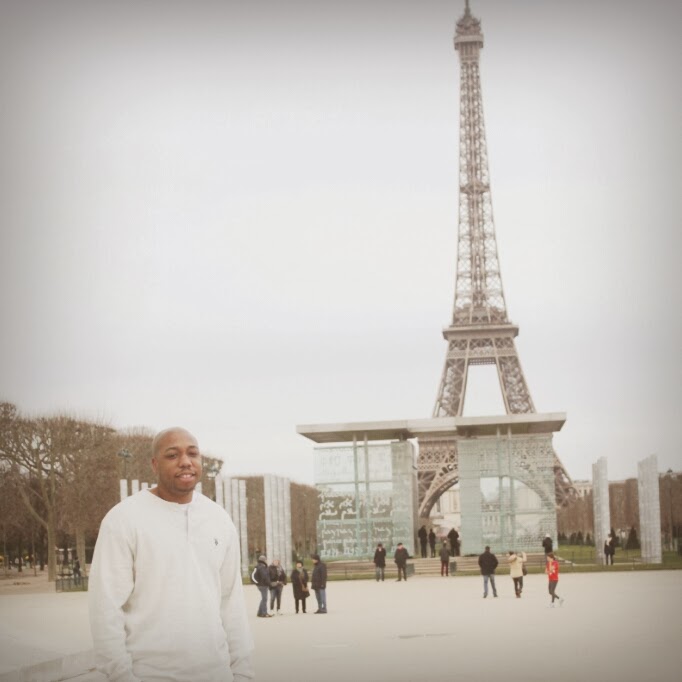 After that, we jumped on a boat tour and sailed the River Seine, taking in the beauty of the city. Even with the wind blowing and the tour guide's french voice bumping over the sound system, it was still beautiful.  The carvings and all the tidbits adorned in gold...you know I wanted to reach up there and grab that shit.  #dontjudgeme #ImstillFromNYC 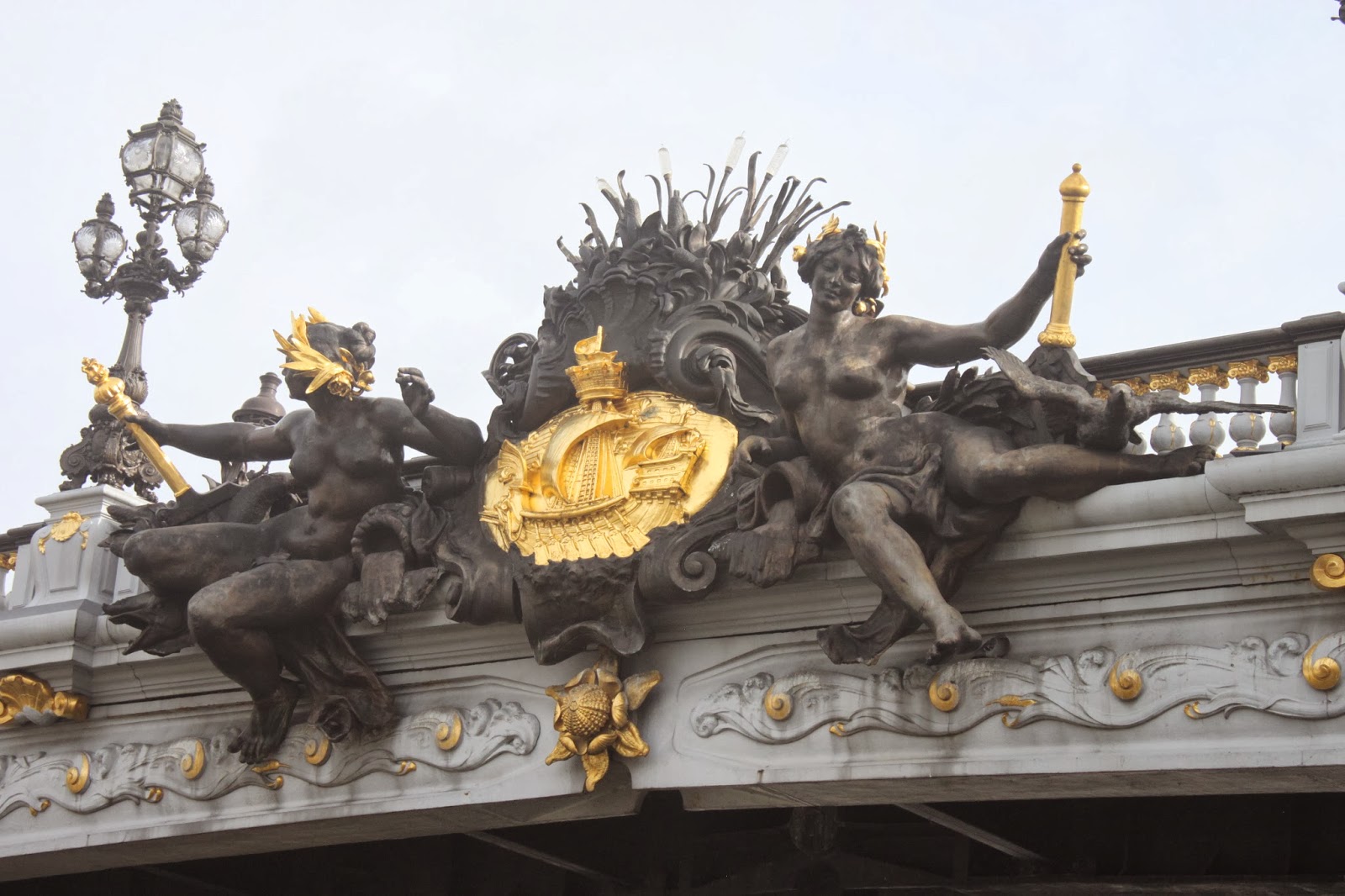 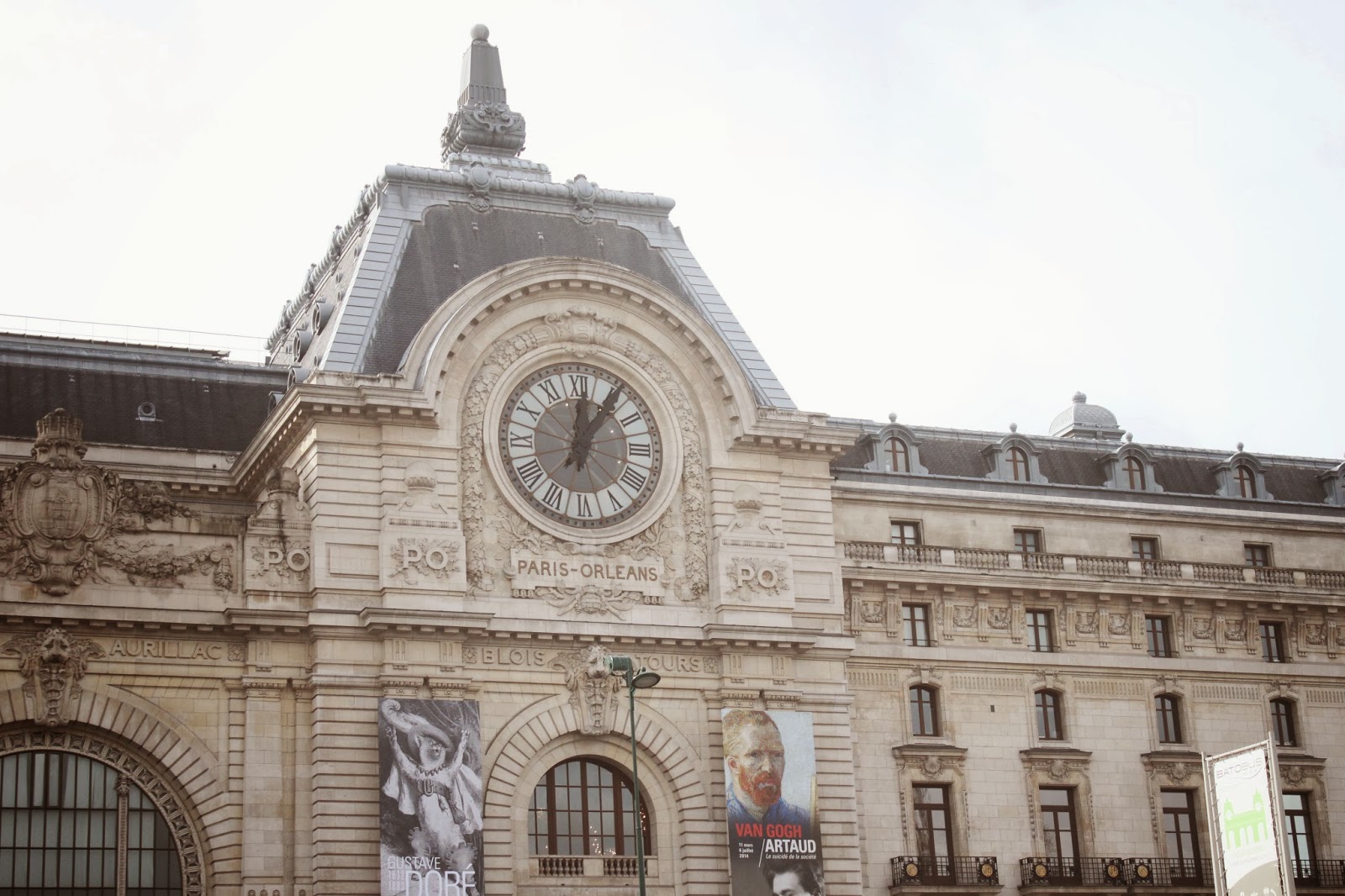 We met this amazing couple from - Surprise- Atlanta.  I know right!  They were a Korean couple, so we had that to talk about, who lived in Atlanta, and also lived in the Bronx, and they just came in from Italy.  It was like Kismet.  We really enjoyed their company! 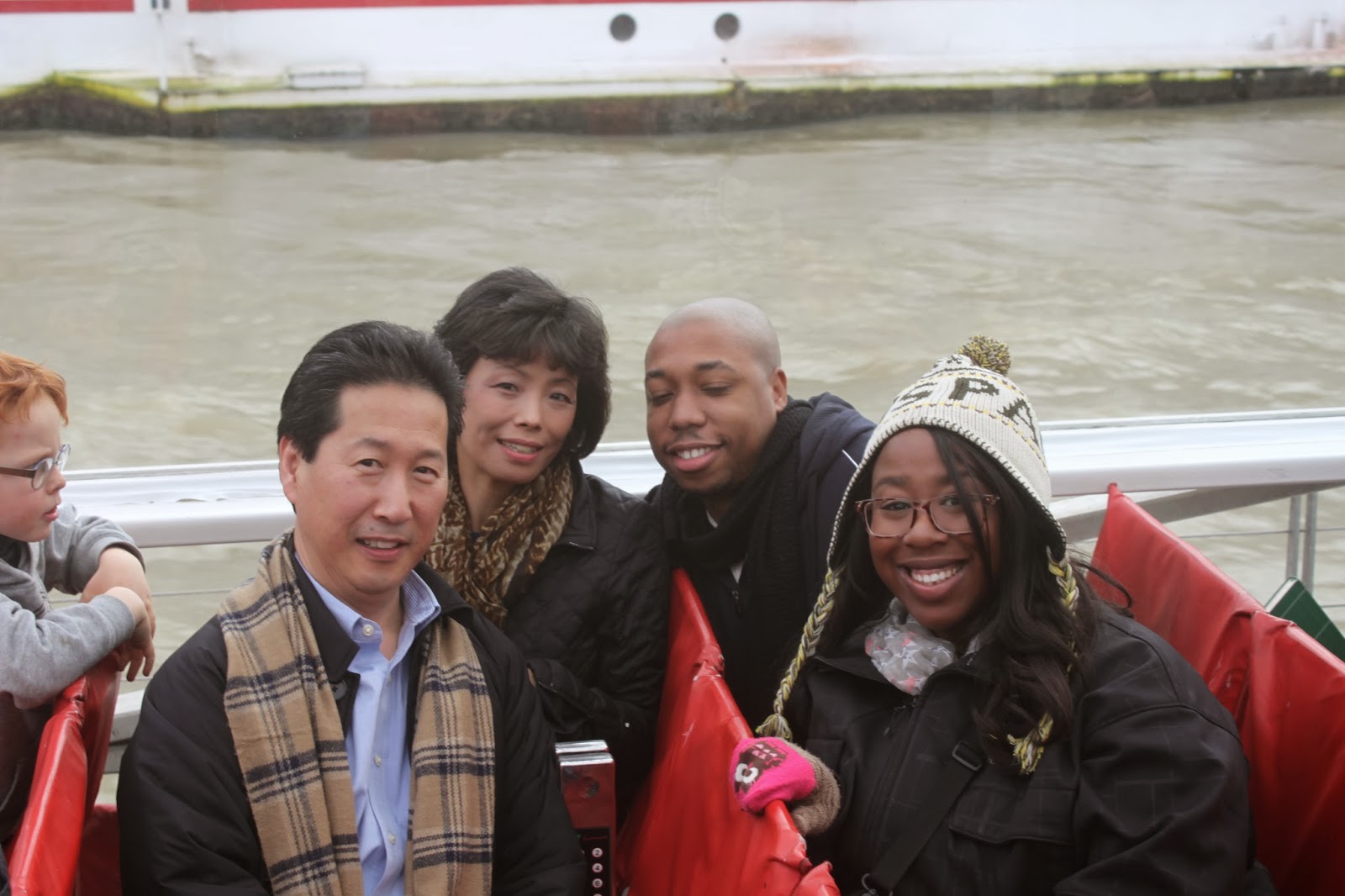 After the boat ride, we did more touring, and walking, and then we had to stop for some eating.  We took lunch in a quaint little restaurant on the back side of the Eiffel Tower. 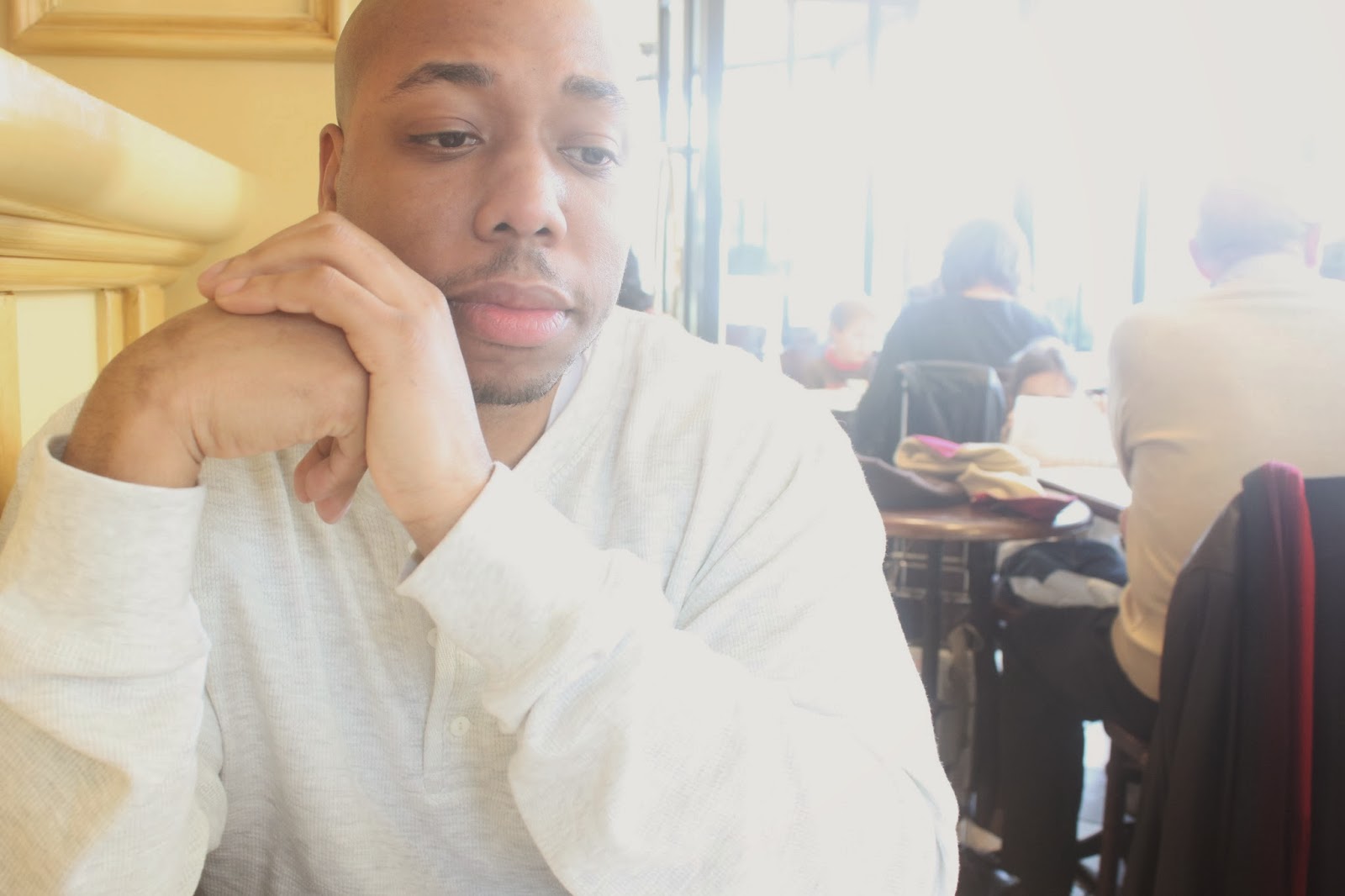 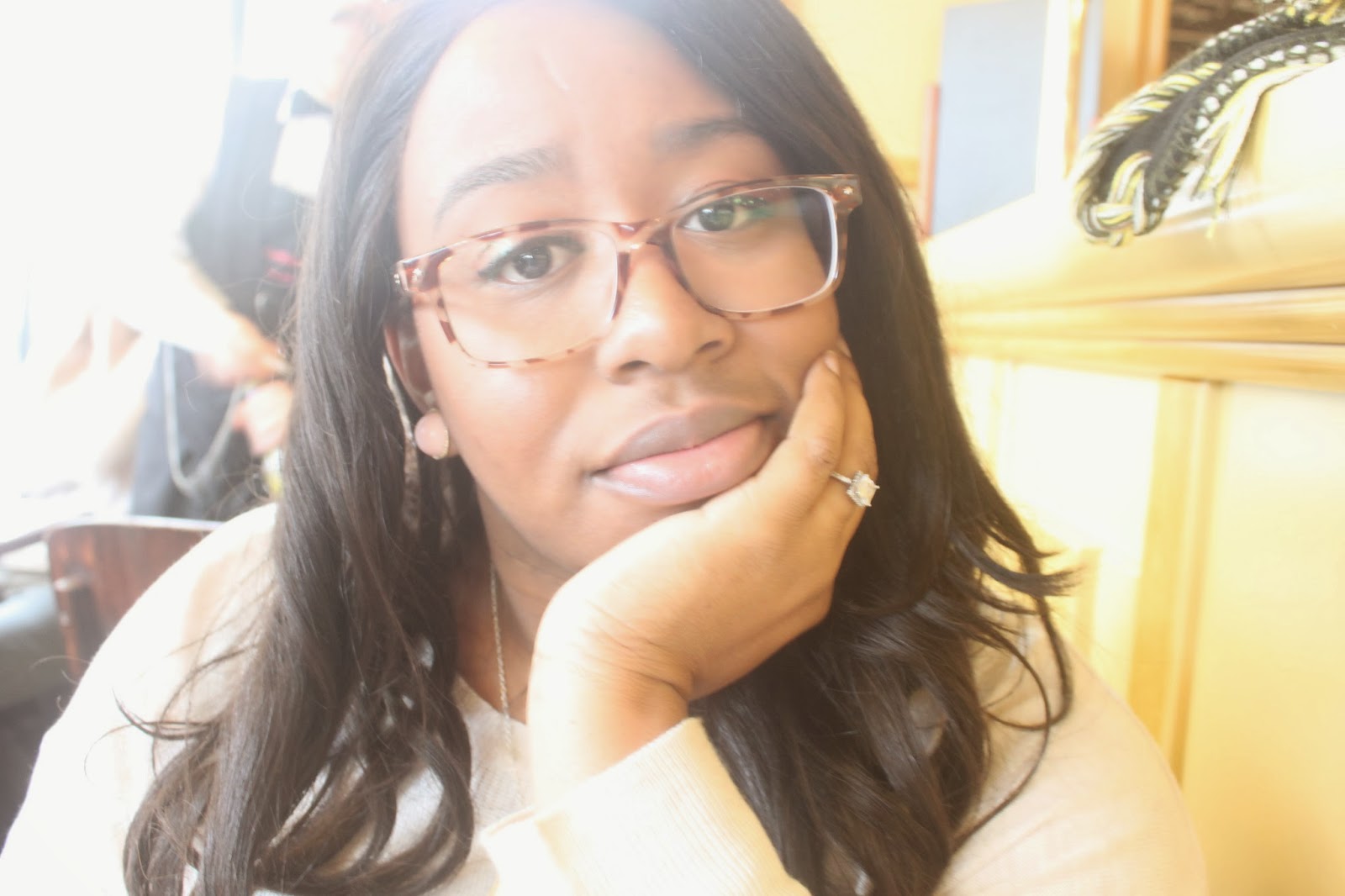 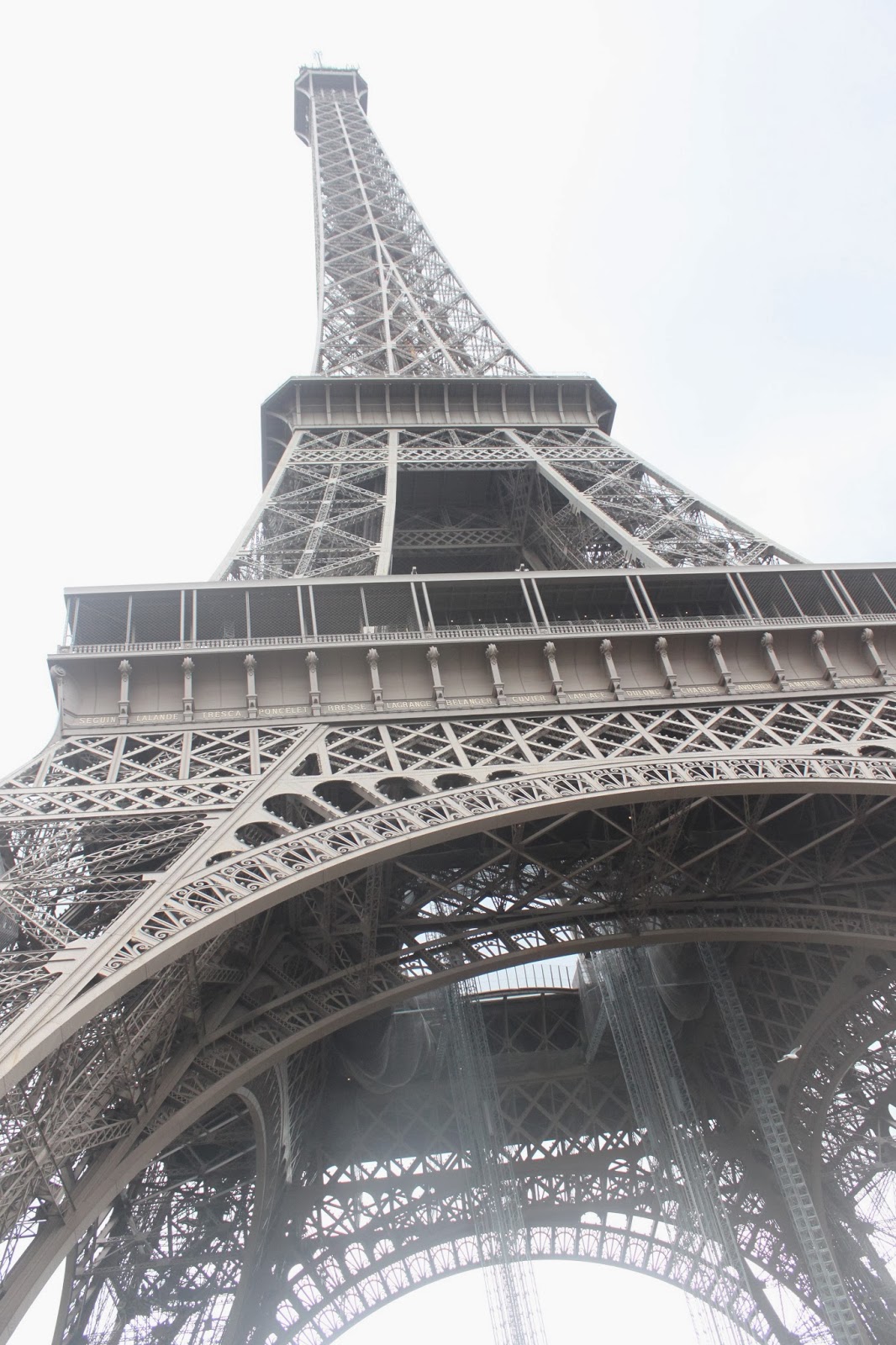 We were picked up and taken to a restaurant for a group dinner that included unlimited wine...and boy, did I take advantage of that!  Then we went up to Monteparnasse for a delicious view of the city and the Eiffel Tower light show.  Day 2 was probably my absolute favorite day. 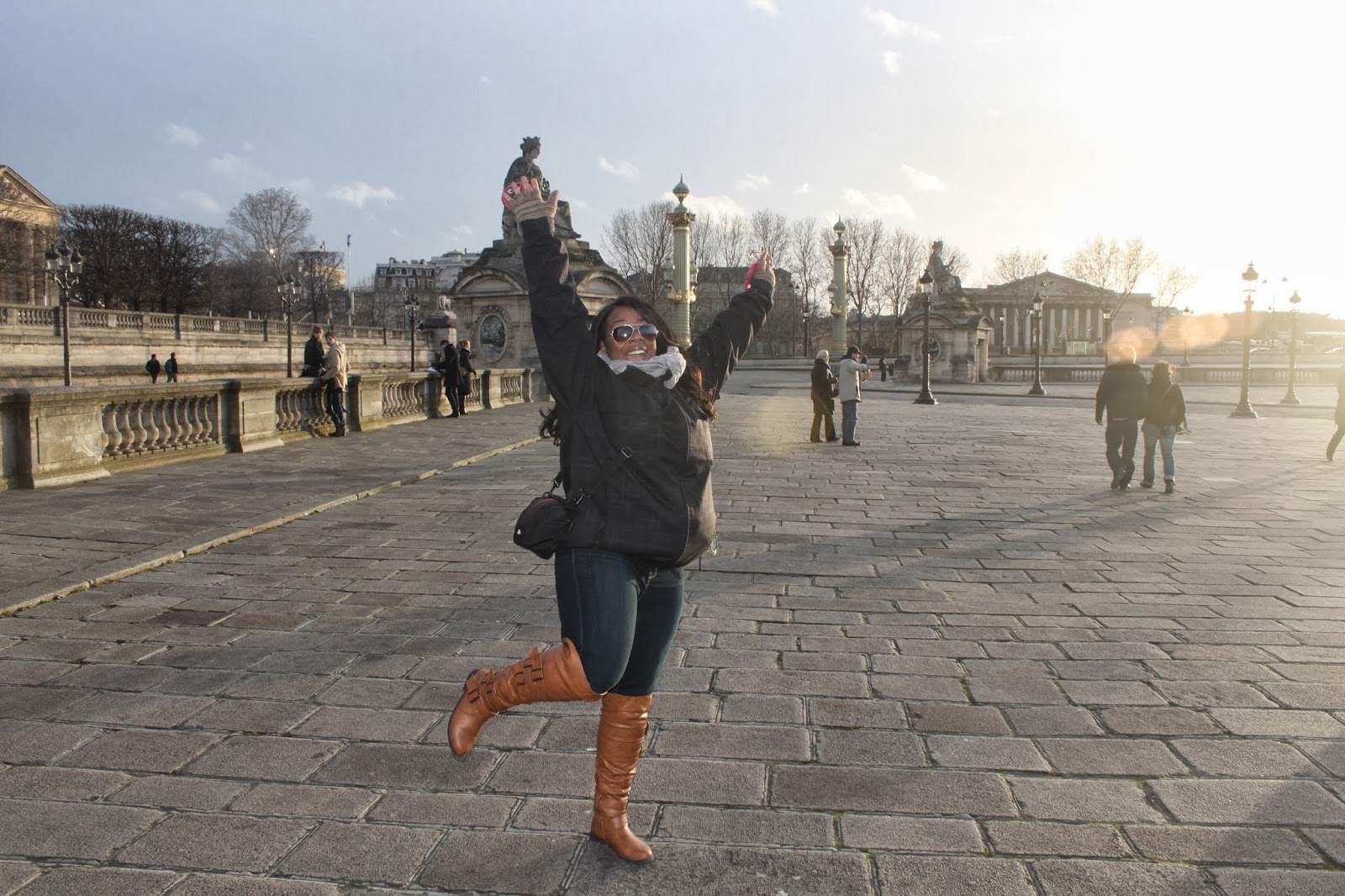 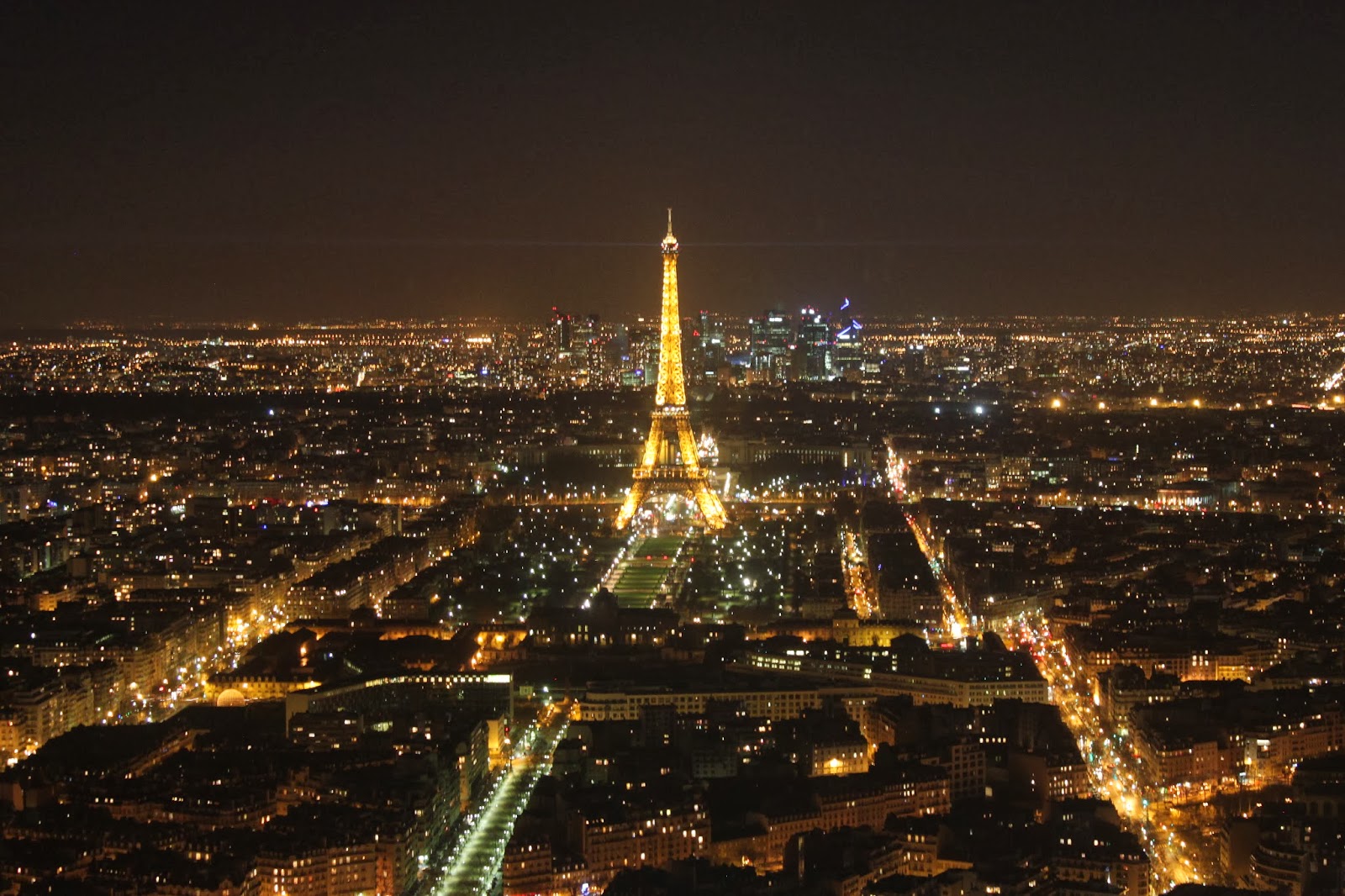 This post is turning into one big photo album.  Yikes.

The next day we went to Disney Land Paris.  It was too much fun.  It's got nothing on Good Ole Florida, but it was nice nonetheless.  After Disney, we went up a bazillion stairs so we could see Sacre Cour.  Literally a shit ton million stairs.  Then we had our portrait drawn in the artist square. 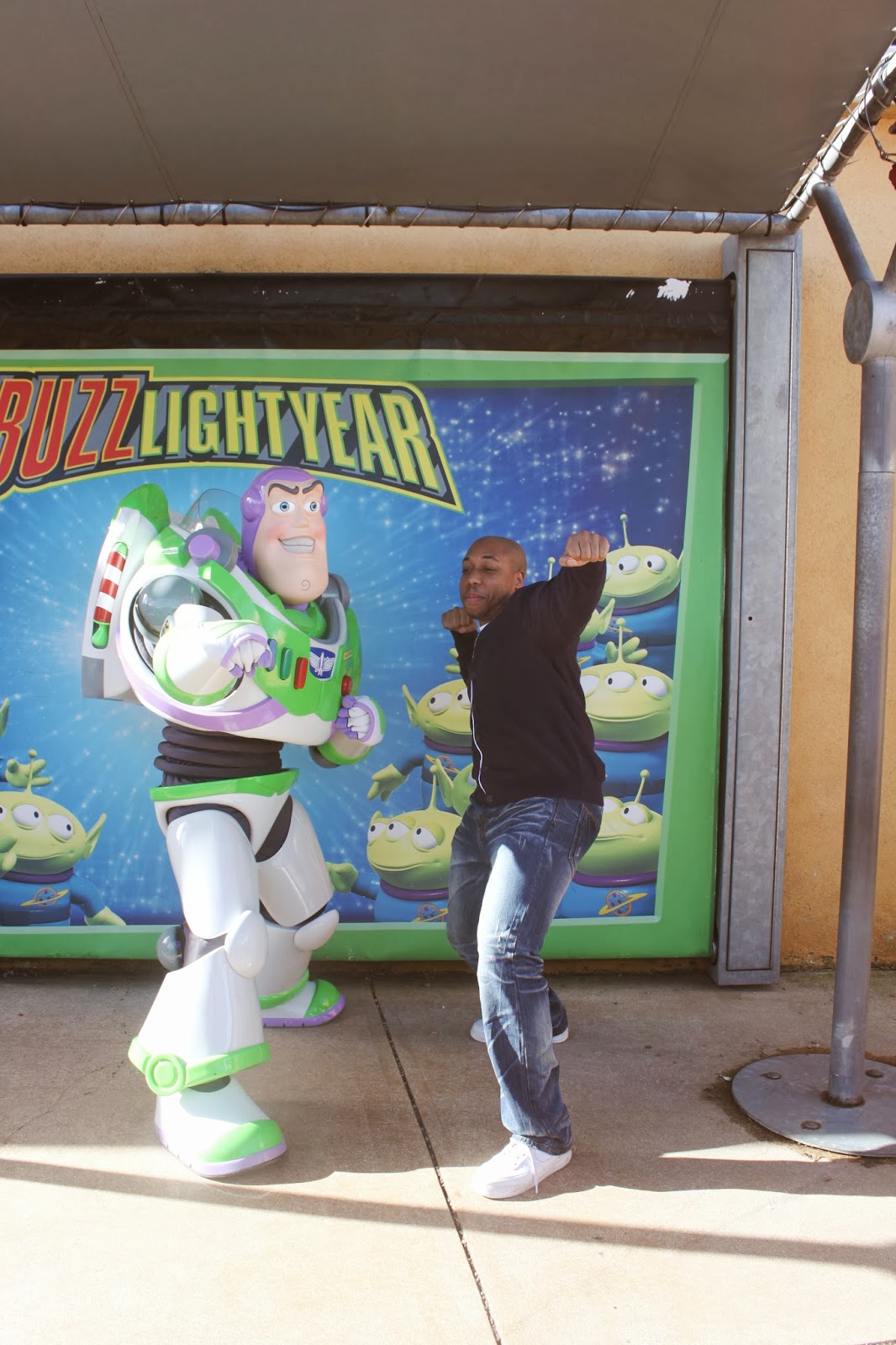 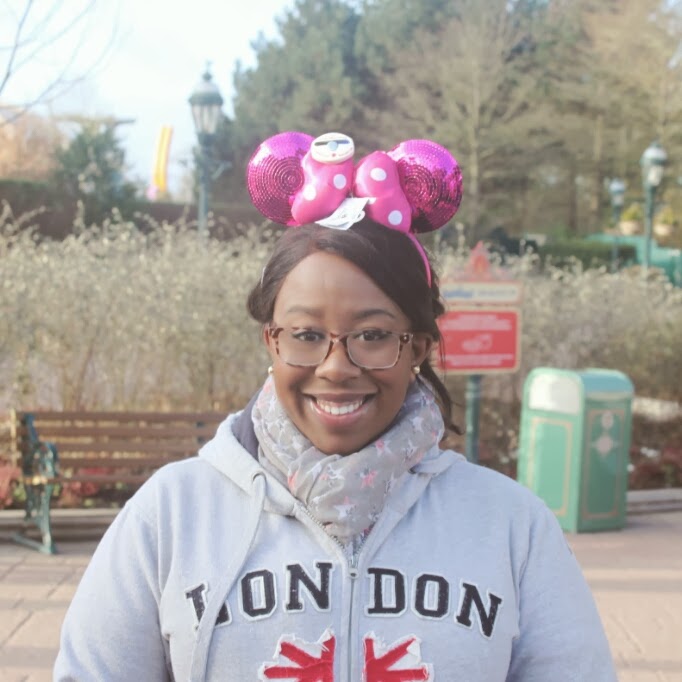 In an effort to keep the post from taking over my entire blog, I'm going to end here.  The trip was amazing.  I can finally cross it off my list.  Now we concentrate on the big move, selling cars, shipping dogs, and finding a new house.  Exciting times!
Posted by Nairobi Nicole at 12:44 AM