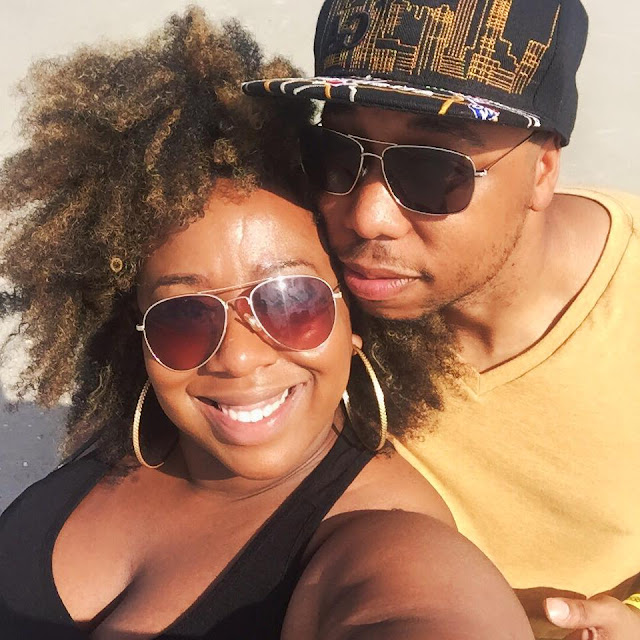 Who loves beer!?! NOT ME!!! But it doesn't matter. I said "I'm going to Oktoberfest because I'm sure they are going to have plenty of other things to drink. Yea, I was wrong.

So I spent the first week of October trying to find something fun for us to do because Rob will be deploying soon. Although I really wanted to go to Oktoberfest in New Orleans, I found one closer in Jacksonville and the way they talked it up on the website, I thought it was going to be epic. A two hour drive to Jacksonville versus a 9 hour drive to New Orleans. Yea, easy choice. So I booked the tickets and I was super pumped about it. Then we dragged my son ( even though he's like 4 years younger than us, he's our son lol), AKA, my coworker, along for the ride with us. It was promising to be a great weekend.

So the day comes, we leave the babies with our neighbor, and headed to our beach vacation. We rented a house from AirBNB (read all about it here)  that blew our socks off. I mean, she was missing some basic shit key things, like napkins and bags in the bathroom trash can, but overall the house was gorgeous.

Friday night, we had dinner at a place called Jimmy's. The wings were awesome. Not really used to being the only flies in the milk, if you get my drift, but we sat outside away from all the bullshit country music. Blah. Saturday was the big day. Oktoberfest on deck. Awesomeness had next...

Jacksonville Oktoberfest was wack as shit left something to be desired. It was tiny. Did not cover much surface area at all. I thought it was going to be way bigger. I guess for me, since beer wasn't the reason I was going to BEER FEST (maybe I'm the asshole huh), I was hoping for everything else to be live. Even my funnel cake was shit. I mean, how do you mess up the funnel cake!?

The best part of the day was when we hung out on the beach like super stars. Wind in my curls, feeling like I was in a cover shoot for Essence magazine! 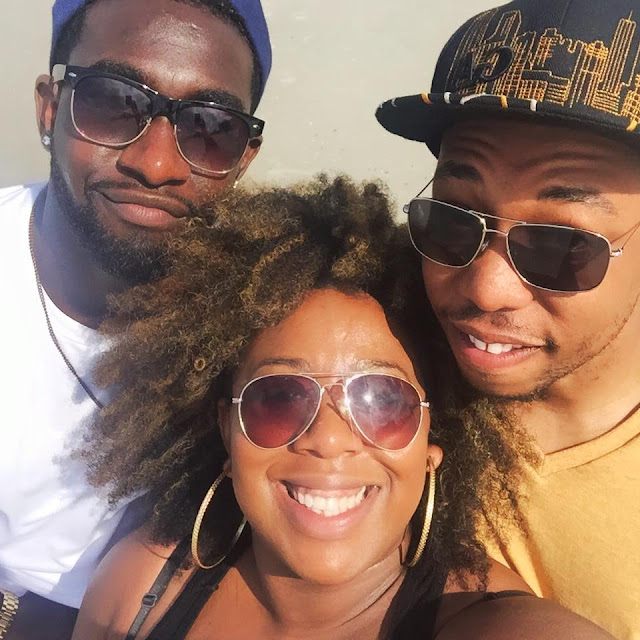 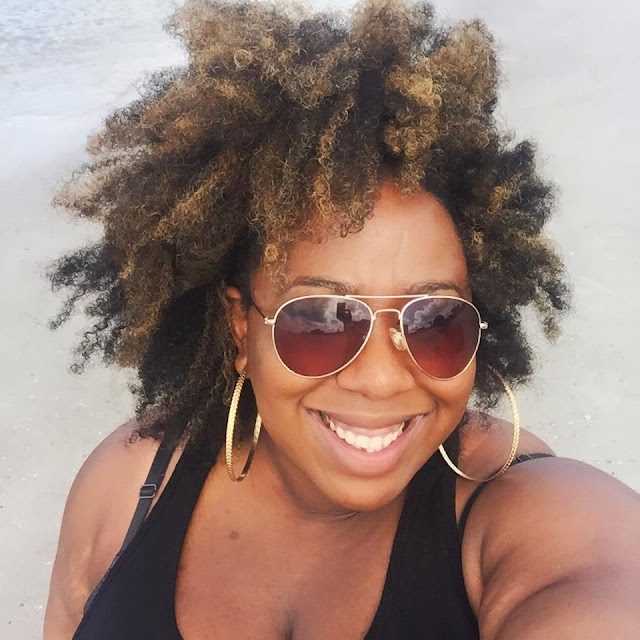 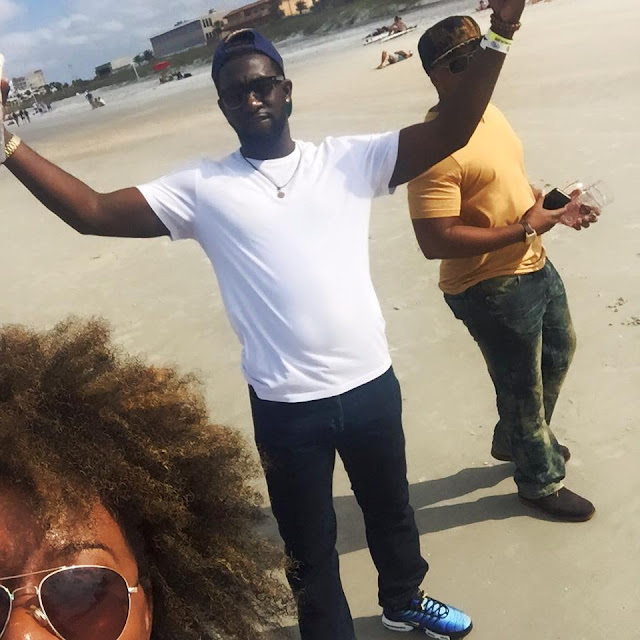 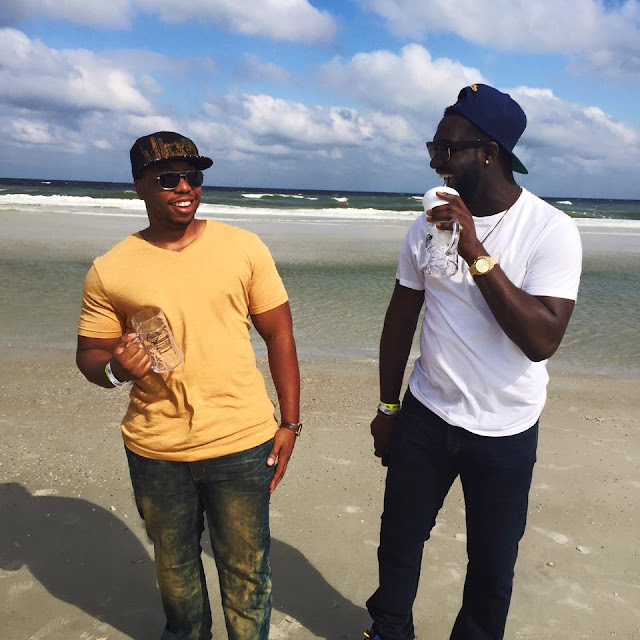 So I guess we had a good time anyway. After the left down of the country music's main hit "let me see your coozie" I had to get out of there. We took a walk down the pier and drank at a few bars, met some cool people, and talked too much like we always do. The night ended with our son falling asleep on the couch and rob not falling to far behind him.

We headed out after a nice breakfast at some local beach diner on Saturday. It was ok. The best part was my Graham latte from starbucks. I didn't know. Damnit, I just didn't know it was so good! 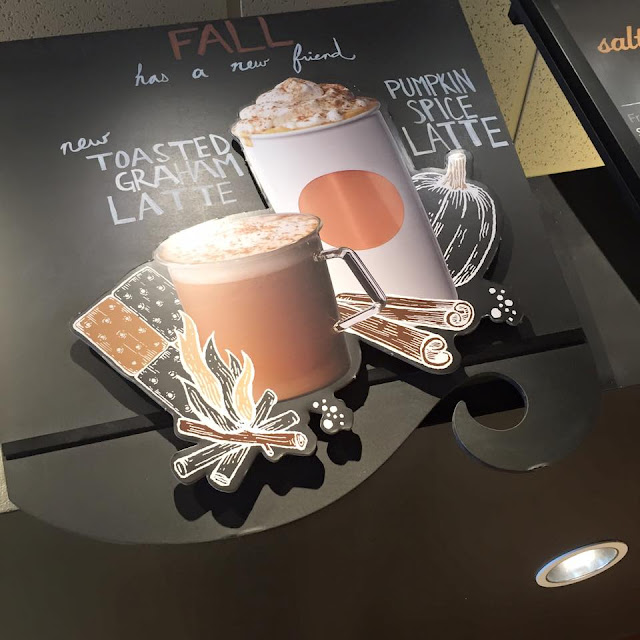 Then we took an impromptu trip back to the mall where I proceeded to spend ungodly amounts of money in LUSH! My favorite place. I'd say the trip was a success, but next time, drive my ass to New Orleans!
Posted by Nairobi Nicole at 11:00 PM 5 comments:

Why You Should be Using Airbnb 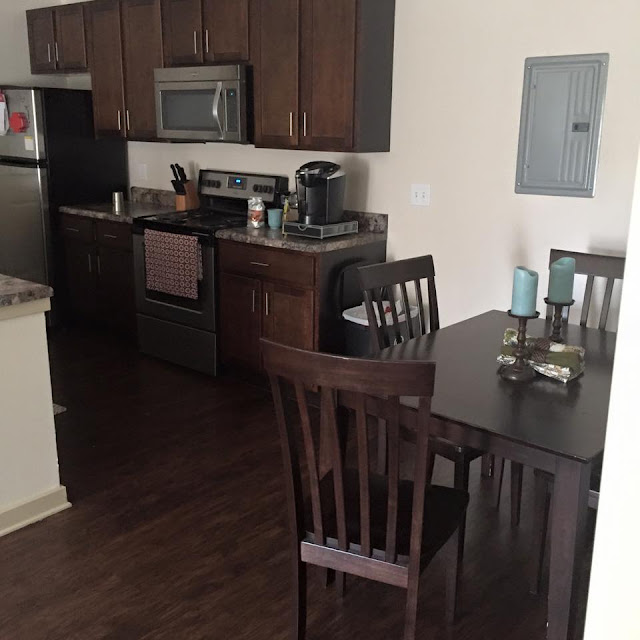 Comin at you live this glorious Friday night.  You are now reading to the smooth words of the Midnight Shaytrain taking you all the way home.  The time now is 5pm on this crisp Georgia night and I'll be bringing you the latest news and the soft tunes to keep your night moving smooth.  Stay right here.


Anyway, Rob and I are no stranger to interesting travel arrangements. From volunteer vacations, to hostels, to couch surfing, and we were a little more than amped to add airbNb to that list.

A Community Built on Sharing
Airbnb began in 2008 when two designers who had space to share hosted three travelers looking for a place to stay. Now, millions of hosts and travelers choose to create a free Airbnb account so they can list their space and book unique accommodations anywhere in the world.


Airbnb hosts share their spaces in 190 countries and more than 34,000 cities. All you have to do is enter your destination and travel dates into the search bar to discover distinctive places to stay, anywhere in the world.


We encourage you to share all kinds of spaces on Airbnb! Whether you’re offering a seaside villa or an air mattress in the corner of your living room, it’s free to list your space. When you’re ready to start welcoming guests, you can publish your listing for the world to see.


I found out about airbnb though an ad on facebook of all things. I usually click anything that has to do with travel because I have an obsession. People rent out their guest rooms or couches for a price that they deem acceptable. You can even find some pretty good deals to rent the whole home. Here are some pictures of the home we rented when we went to Jacksonville this past weekend (including the one above) 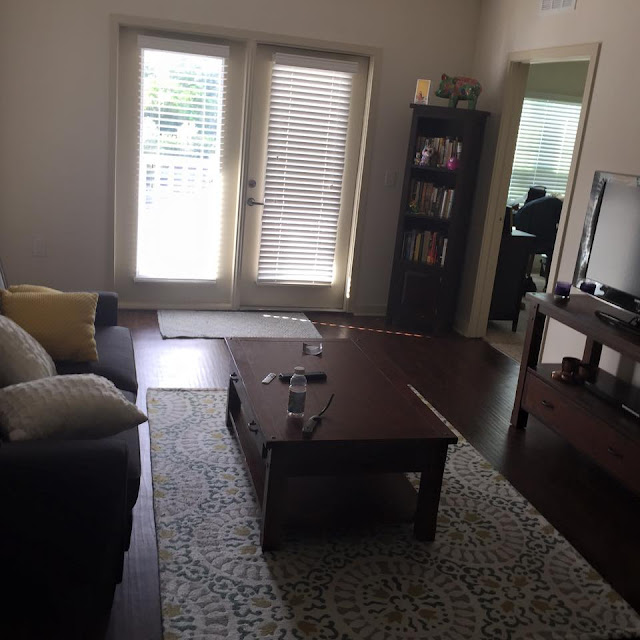 We never met our host. She was out of town quite a bit and only stayed in the house a few nights per month. She left the key under the mat, and text me all the information I needed to the apple tv, the wifi, and pool, the fitness center and things in the general location. Way better information than what you'd receive from a hotel.

We have also stayed in the guest room of a really nice couple before. They got up and made us breakfast and it was super healthy. They brought in vegetables from their herb garden and shit (well guess who has an herb garden now bitches!!) That's another awesome part of this; all the ideas you get from other people you wouldn't meet otherwise.

Common Questions I Get:

And my response is- "You can get killed or raped walking home from work. Take a chance on the goodness of people, do your research. Or you can stay in that same small minded lane you've been in all your life..." Your choice.
We love meeting people. That's something we've had in common for a long time. It's nice to make new memories, and in life, we only tend to attract people like ourselves. Organizations like this make it easier to meet people who can bring something to the table that you haven't experienced before.

So give it a shot!

Have you tried it? Think you might?
Posted by Nairobi Nicole at 9:56 AM 5 comments:

I'm sitting here looking at the yellow stains on my sheets from the TigerBalm I've been rubbing on my ankle. Watching Star Trek. Being enamored by William Shatner. Made me think about how old he is now and how hot he was back then.

It's like someone sent a letter to my body, informing it that I am now 30 and as such, it has to start giving me problems. Thank you very much, anonymous writer. It's cool though. I was finally getting back into the heavy swing of working out and trying to get back where I was, and wouldn't you know, my body didn't cooperate. To be fair, I have quite a bit more weight on my bones than I did back then. *Insert side eye*.

All that to say...I WENT SHOPPING TODAY!!! 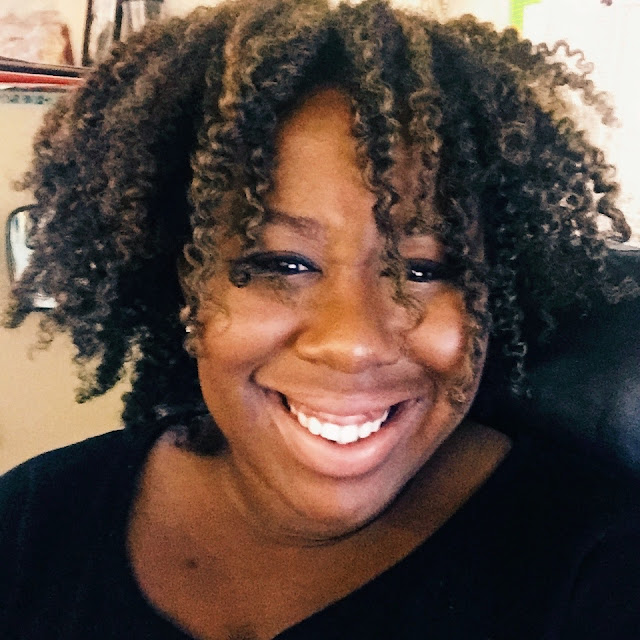 Truth is, I haven't been buying clothes for my new size. I've been living that "If I buy bigger clothes I will get bigger" type life. Well booboo, that shipped has sailed and none of my shit fits. So I've been doing some shopping lately. And Old Navy had a fabulous sale today. Looking at my old clothes has actually been counterproductive. A chick just gets depressed when nothing in her closet fits. There is no motivation to be found in depression. Ultimately, it just makes you find that happiness somewhere else...food. So I went shopping and I plan to do more and more of it. Sure, when I get back down to where I want to be, I'll have to buy new things. So be it. I'd rather be comfortable on the way down.

In other news, I've been getting more work done on "Untitled". I figure writing a paragraph a day is better than just staring at a screen. Which is also why I'm blogging. I'm trying to get my content out again with less time in between.  Nanowrimo starts soon. Can't say that I'm pleased to be writing the same novel I was working on last year, but such is life. I've given myself 3 years to get my finished novel in the hands of a publisher. Three years. No more. I was thinking about the movie Limitless, and I found myself wishing I had one of those magic pills to give me laser focus and help me accomplish all my goals. But honestly, don't we all kind of know the things we need to do to be successful. I mean, I know that crappy carbs and sugar make me feel sluggish and heavy, yet I continue to indulge. I know that I can write this book when I turn my TV off and make myself get to work. But I get so intimidated by the silence that I shy away from it. So truthfully, I just need to be my own limitless pill and kick my shit into action.

Starting with nursing this ankle back to health and taking care to make sure I don't take any more body shots on my way to fit-body-ness.
Posted by Nairobi Nicole at 4:51 PM 3 comments: