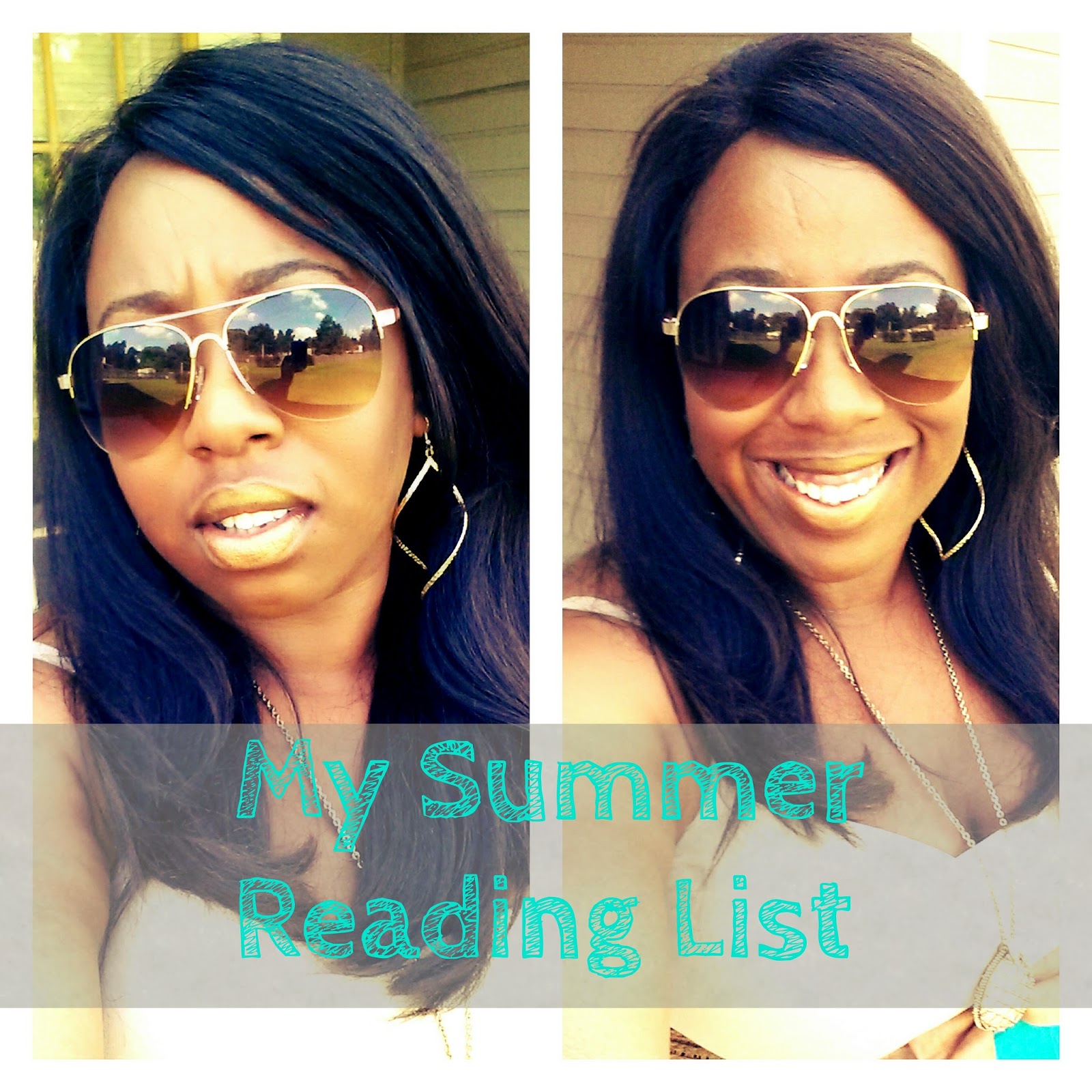 You know that I'm obsessed with reading, right? If you follow this blog, then I'm sure you have am idea.  It's going to be harder to find time for my guilty pleasure once the school year starts, so I am definitely trying to put a dent in my 50 book challenge before the summer ends.  My goodreads challenge will NOT get the best of me this year.  The following are my most pressing reads for this summer.  I have a few more on the list that I will get to if I can.

Below you will find a pretty diverse group of books.  I'm a writer deep down in the special places of my heart, so I read everything.  Faulkner said "read, read, read. Read Everything--trash, classics, good and bad, and see how they do it.  Just like a carpenter who works as an apprentice and studies the master.  Read! You'll absorb it.  Then Write.  If it's good, you'll find out.  If it's not, throw it out of the window."

So that's what I do. 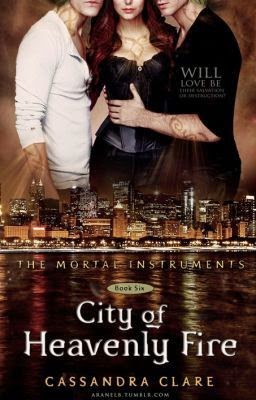 The City of Heavenly Fire: The 6th and final installment in the Mortal Instruments series.  I wont bore you with the details again, as I have already done a review.  If you have read the other 5 then you already know that this came out on May 27th.  Grab your copy ASAP. I've finished it and it was a pretty decent ending. 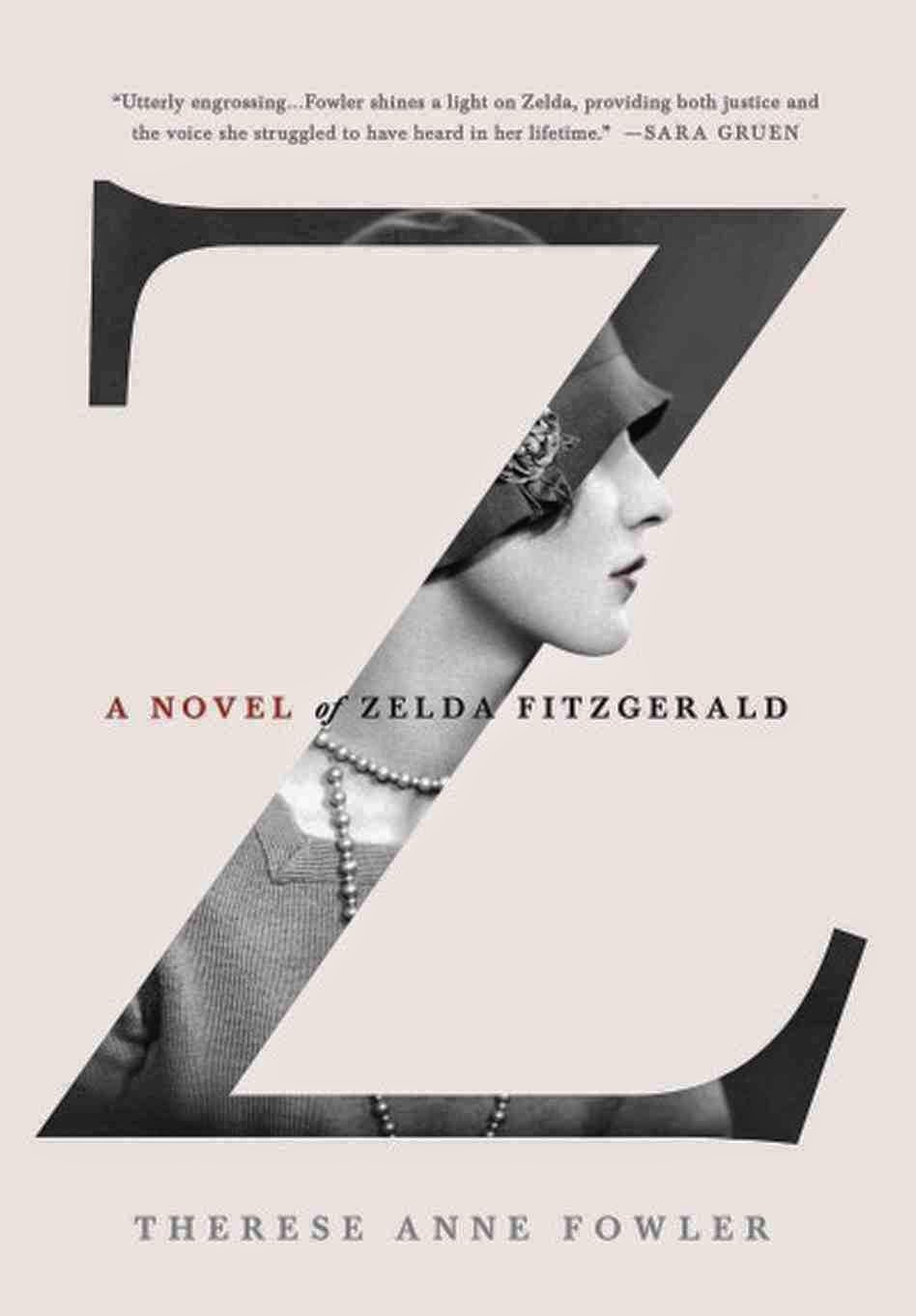 Z: A Novel of Zelda Fitzgerald: Review on the way for this one.  I love historical fiction and this book was absolutely fabulous.  Here is a quick synopsis from Goodreads.

"When beautiful, reckless Southern belle Zelda Sayre meets F. Scott Fitzgerald at a country club dance in 1918, she is seventeen years old and he is a young army lieutenant stationed in Alabama. Before long, the “ungettable” Zelda has fallen for him despite his unsuitability: Scott isn’t wealthy or prominent or even a Southerner, and keeps insisting, absurdly, that his writing will bring him both fortune and fame.
What comes, here at the dawn of the Jazz Age, is unimagined attention and success and celebrity that will make Scott and Zelda legends in their own time. Everyone wants to meet the dashing young author of the scandalous novel—and his witty, perhaps even more scandalous wife.Everything seems new and possible. Troubles, at first, seem to fade like morning mist. But not even Jay Gatsby’s parties go on forever. Who isZelda, other than the wife of a famous—sometimes infamous—husband? 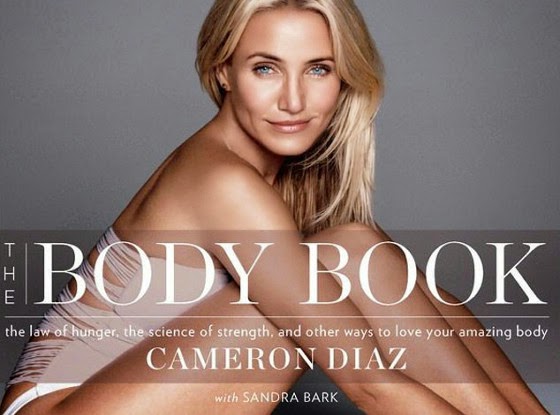 The Body Book: Of course, I have to read something for my body and health.  I always do.  Maybe this one will set in.  Maybe.

"Throughout her career, Cameron Diaz has been a role model for millions of women. By her own admission, though, this fit, athletic star wasn't always as health-conscious as she is today. Her consumption of bad foods had an effect on her skin and her body. In The Body Book, she shares the knowledge she's gained both from personal experience and from consulting with health experts.Beginning with nutrition, Cameron explains why instead of fearing hunger, women should embrace their body's instinct for fuel and satisfy it with whole, nutrient-dense foods.Creating a healthy, beautiful body begins with learning the facts and turning knowledge into action. In The Body Book, women will find the tools they need to build a healthier body now—so they can live joyfully in it for years to come." 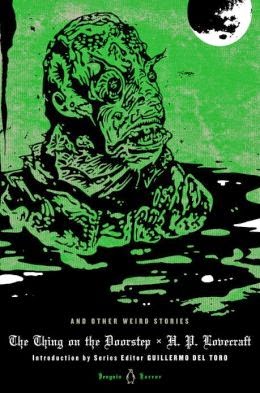 The Thing on the Doorstep: The minute I saw this cover, I knew I was in love.  This serious of Gothic Horror is beautifully written by some of the greats.  And Guillermo Del Toro is gifted with a pen.

"Howard Phillips Lovecraft's unique contribution to American literature was a melding of traditional supernaturalism (derived chiefly from Edgar Allan Poe) with the genre of science fiction that emerged in the early 1920s. This new Penguin Twentieth-Century Classics edition brings together a dozen of the master's tales-from his early short stories "Under the Pyramids" (originally ghostwritten for Harry Houdini) and "The Music of Erich Zann" (which Lovecraft ranked second among his own favorites) through his more fully developed works, "The Dunwich Horror," The Case of Charles Dexter Ward, and At the Mountains of Madness.The Thing on the Doorstep and Other Weird Stories presents the definitive corrected texts of these works, along with Lovecraft critic and biographer S. T. Joshi's illuminating introduction and notes to each story" 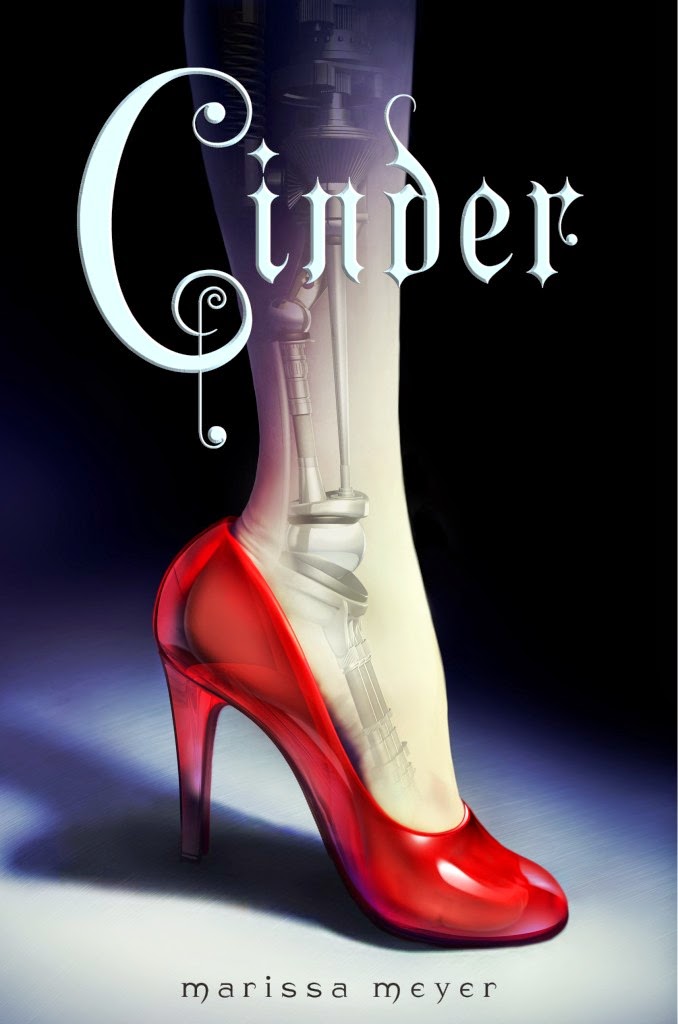 Cinder: All of my online reading groups have been talking about Cinder for a while, so I jumped on the bandwagon.  I am all about rewrites of my childhood favorites so maybe this will be fabulous.

"Humans and androids crowd the raucous streets of New Beijing. A deadly plague ravages the population. From space, a ruthless lunar people watch, waiting to make their move. No one knows that Earth’s fate hinges on one girl. Cinder, a gifted mechanic, is a cyborg. She’s a second-class citizen with a mysterious past, reviled by her stepmother and blamed for her stepsister’s illness. But when her life becomes intertwined with the handsome Prince Kai’s, she suddenly finds herself at the center of an intergalactic struggle, and a forbidden attraction. Caught between duty and freedom, loyalty and betrayal, she must uncover secrets about her past in order to protect her world’s future." 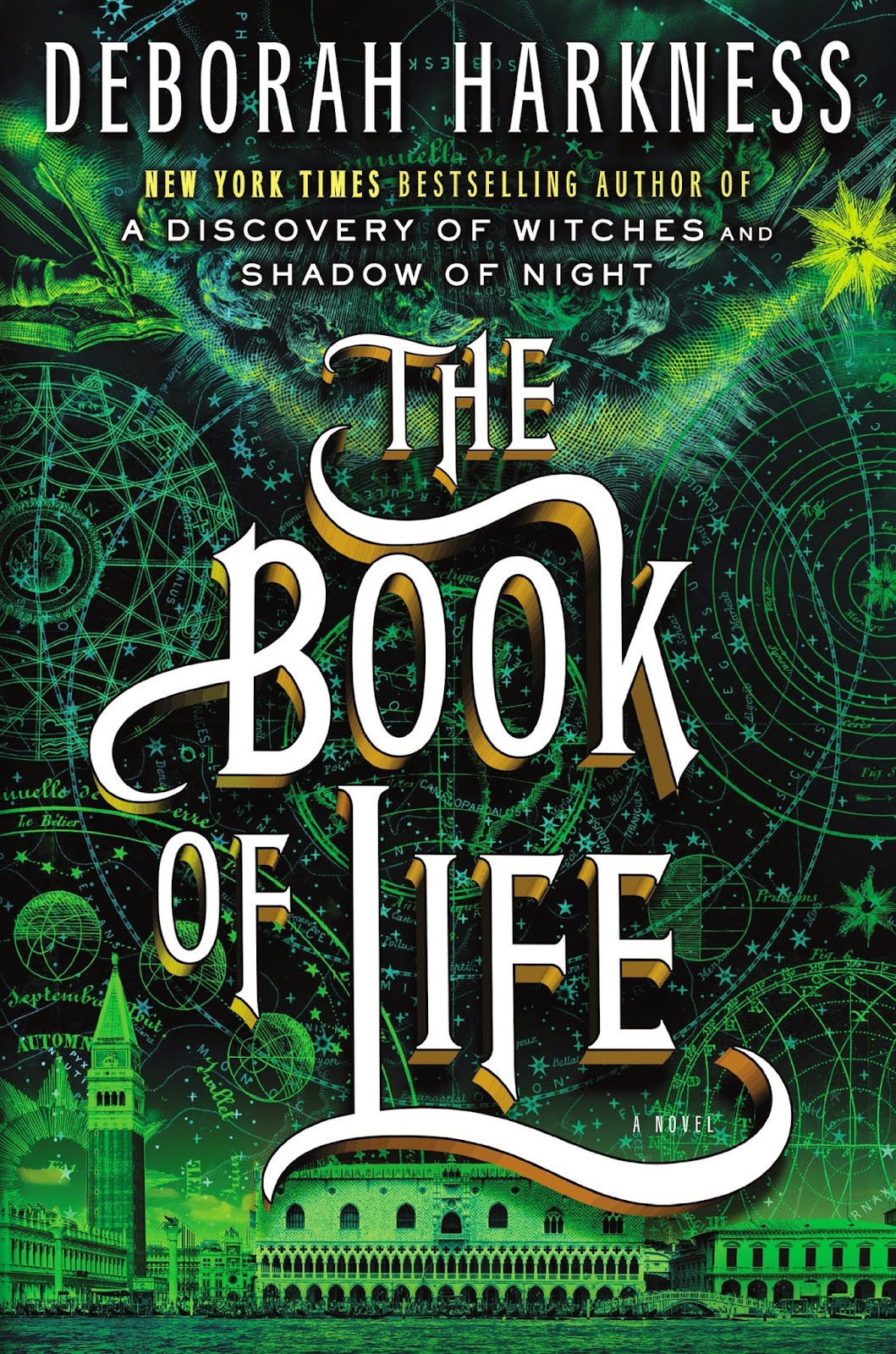 The Book Of Life: It has been a long and weary journey, but finally, the last book in the All souls trilogy will be released on July 15th.  This will be one of my last summer books because new teacher orientation begins on July 17th and then comes the start of the school year stuff.  I have been waiting sooooooooo lonnnnggg and it better be worth it.  Here is my review of the other 2 books in the series.  And here is the quick description of book 3.

"After traveling through time in Shadow of Night, the second book in Deborah Harkness’s enchanting series, historian and witch Diana Bishop and vampire scientist Matthew Clairmont return to the present to face new crises and old enemies. At Matthew’s ancestral home at Sept-Tours, they reunite with the cast of characters from A Discovery of Witches—with one significant exception. But the real threat to their future has yet to be revealed, and when it is, the search for Ashmole 782 and its missing pages takes on even more urgency. In the trilogy’s final volume, Harkness deepens her themes of power and passion, family and caring, past deeds and their present consequences. In ancestral homes and university laboratories, using ancient knowledge and modern science, from the hills of the Auvergne to the palaces of Venice and beyond, the couple at last learn what the witches discovered so many centuries ago."

I am beyond...excited.  I'm just a wordgasm waiting to happen.  There are few things as exciting as the release of a book you have been waiting on.

What are you reading this summer?
Posted by Nairobi Nicole at 4:01 PM