The Night Circus Gave Me Life 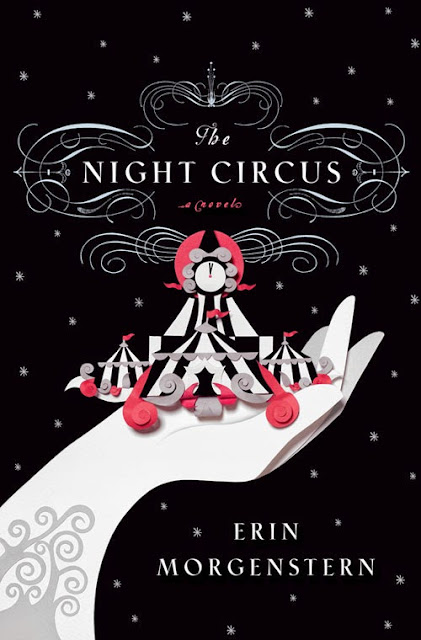 "The Circus arrives without warning. No announcements precede it.
It is simply there, when yesterday it was not."

Isn't that a helluva into?

I did not expect to like this book as much as I did. Nothing against the novel itself, but its not my usual genre. Well I was definitely mistaken. I was so engulfed by the writing and the characters that I begrudgingly put the book down only when it was necessary. That is always the sign of a good book, gets in your bones.

The gist of the story:

Two practitioners of two different kinds of magic have a continued rivalry where they subject 2 of their padawan (if you don't know what a padawan is, please fall off a cliff) learners to a challenge. From an early age, the two padawans are taught, relentlessly, in the way of their master's preferred magic and the reader is able to see how they differ and how they are the same.

Back to the point.

Well lo and behold, as equally matched young people tend to do, they fall in love and therein lies the rub. Can't love someone who is supposed to be your arch enemy. So they cry a lot and act like they don't want to get all up in each other's nether regions...until they do *side wink*. Annnnnnnnd I'm not going to give away the ending so I'm going to go back to talking about the experience.

As I said above, the imagery is wonderful. You want the circus to pop up outside your town more than anything. The masters/teachers were pests who seemed to be more like adolescents than actual adults. They were the most annoying characters in the whole novel and not nearly enough detail about them, where they came from, and why they started this challenge thing. While we do get to see someone else who was in the challenge, we don't get many details from them either. So the PURPOSE of the game as background set up for the circus is a little vague and I didn't love it. But again, this wasn't written about the characters per se. However, I would love if Morgenstern would write a sequel (or prequel) going in to a little more depth about the characters. Hands down, my biggest issue is character development.

When I was done with the book, I just held it in my hands and stared at it. I couldn't accept the fact that it as over. I wanted more of the circus. I craved it. I've been uneasy and on edge, wondering how the game would play out, and once it was over I was left in the most confusing state of what I could only call dissatisfied satisfaction. The ending definitely left something to be desired. There was so much build up and the ending wasn't where I would have like the novel to go. I would have preferred a better climax which is why I gave 4 stars. And it was real build up only to be left wanting more. Ladies, you know what I mean!  They spent so much time and put so much into the details, and they actual culmination of the challenge was super quick. Like a minute man hahahaha. With all they could accomplish, I expected a more fantastical wrap up.

But nevertheless, I thought the book was wonderfully written and I wanted to run away and join the circus as soon as I was done reading. Definitely worth it.
Posted by Nairobi Nicole at 7:07 AM