Lunch at Mongo's in Valdosta 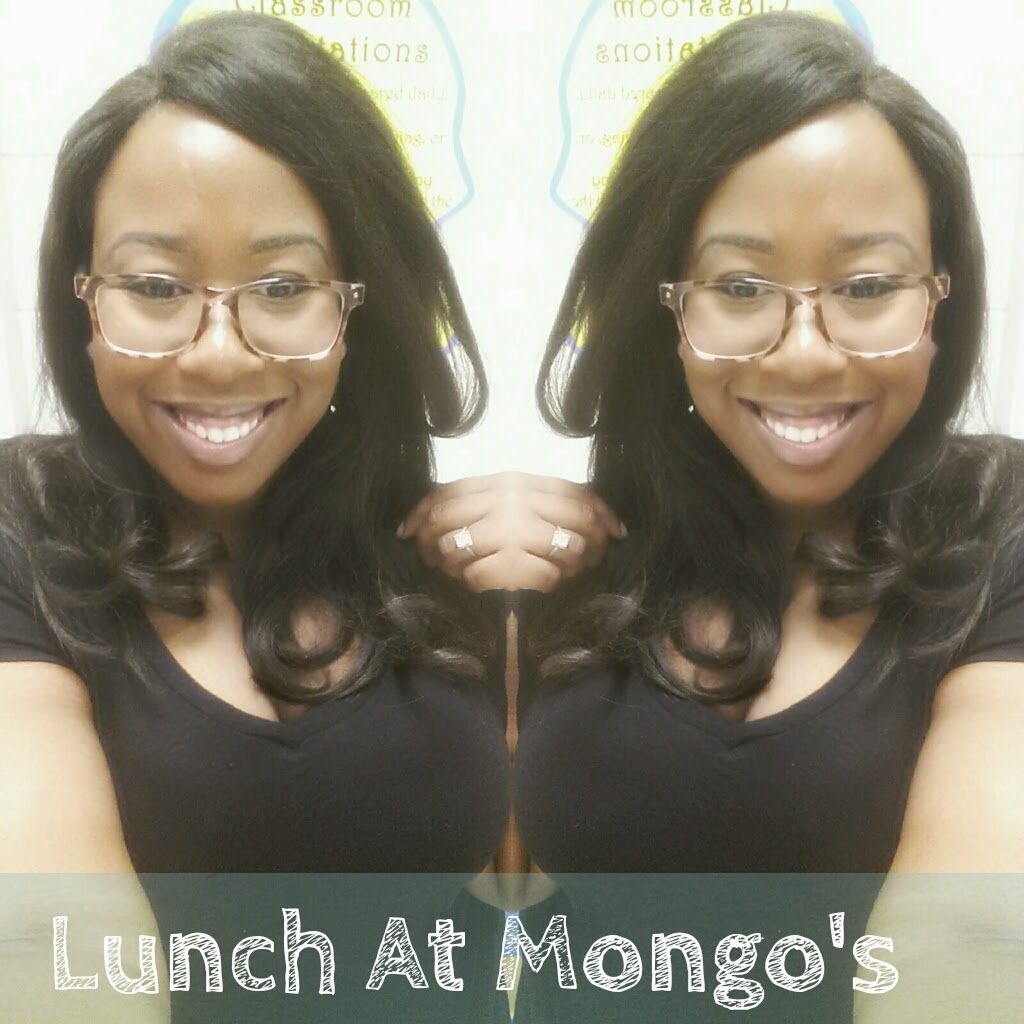 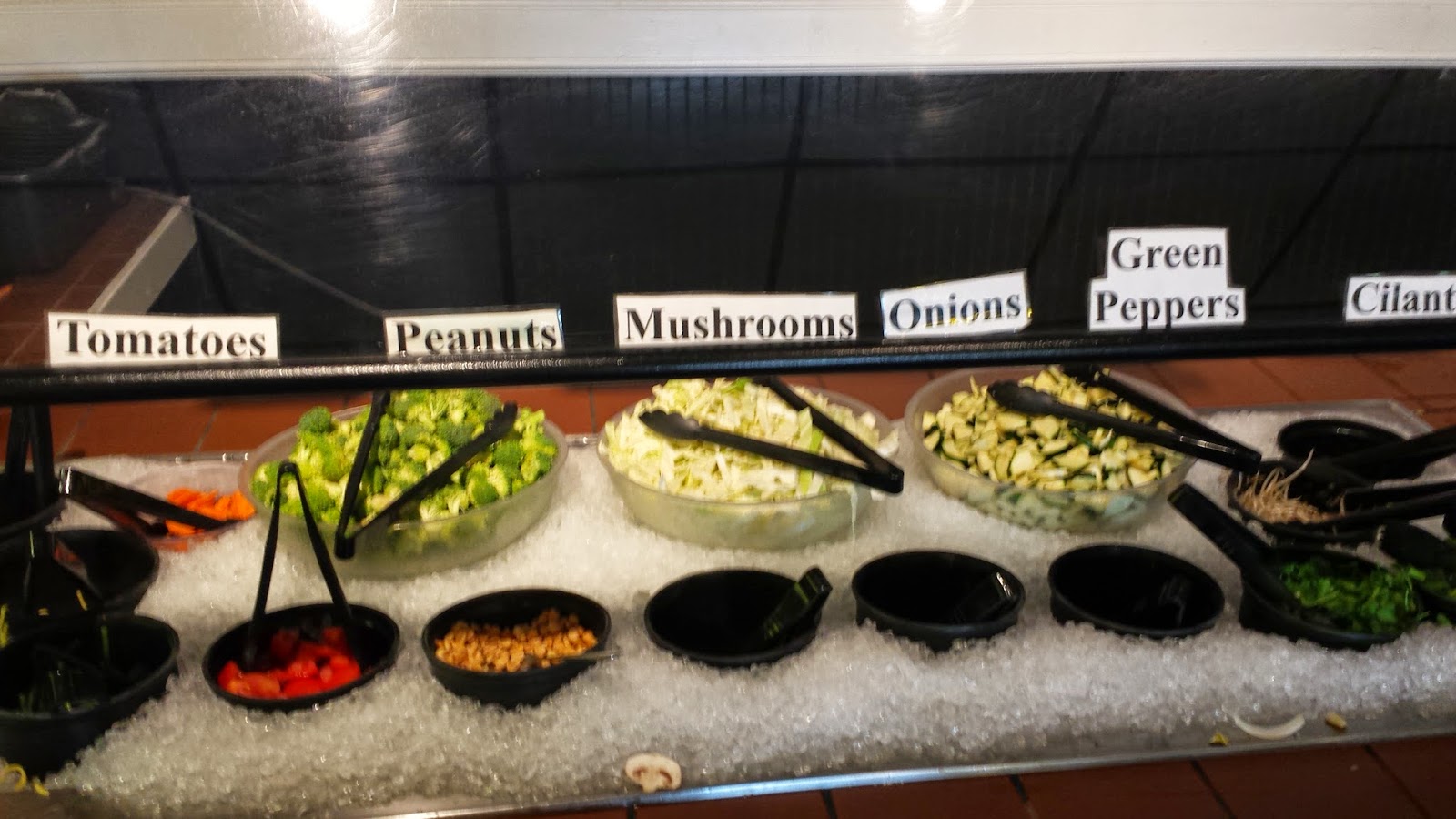 I went to a local restaurant called Mongos for lunch while waiting for open house to begin and I was really looking forward to it. I'd been seeing it on the way to work for weeks now, and after I'd heard it was similar to Ghenghis Grill, I was sold. 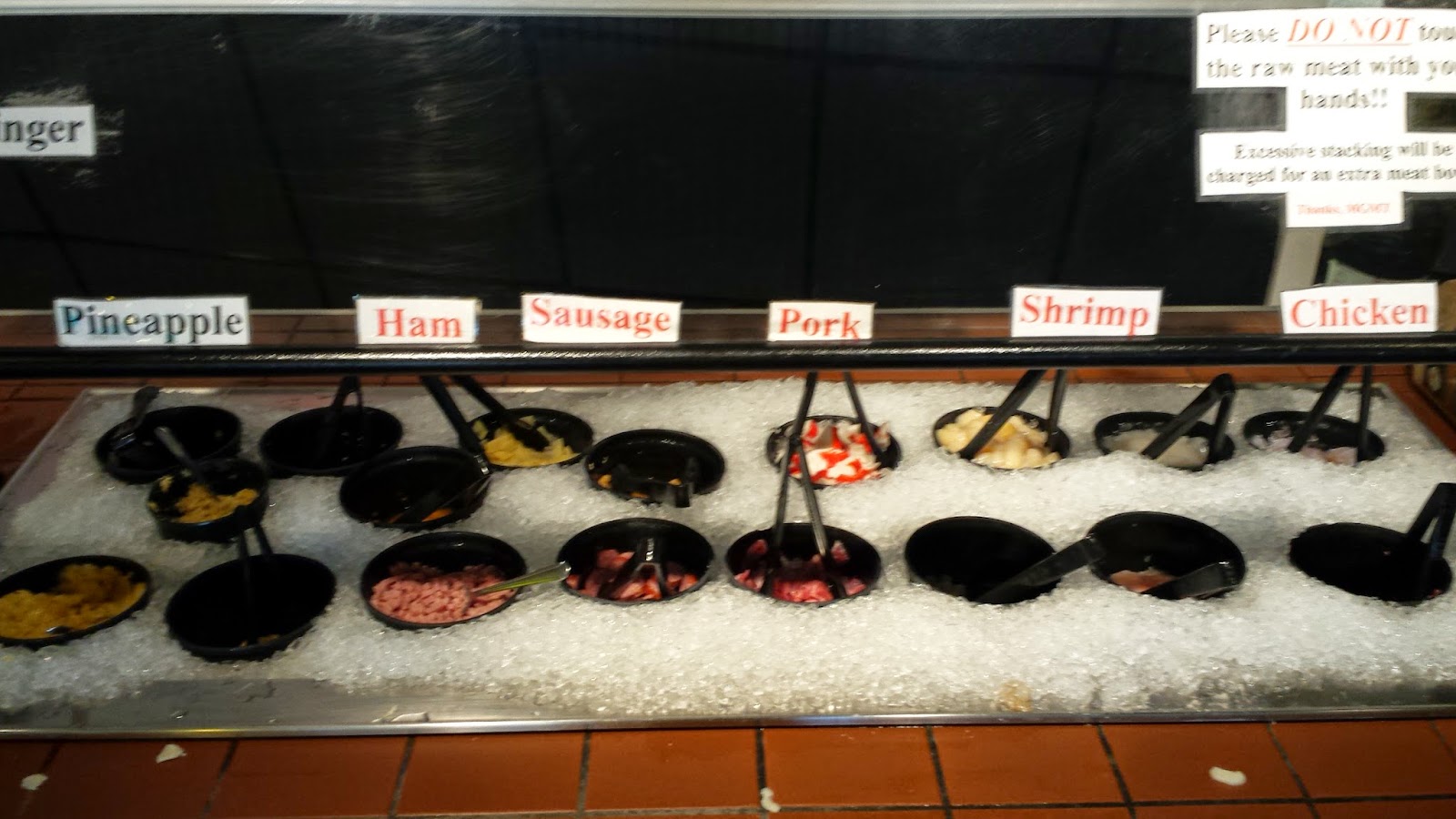 Mongolian BBQ places set out their ingredients and allow you to make your own stir fry bowl.  I loved the idea becasue I could rack up on my meat and veggies to make up for the fact that I don't want the ride or noodles. But this place was a huge let down.

The meat bowl was tiny and so was the veggie bowl. But I thought, quality over quantity, so I chose only my favorite things. I filled my bowl with onions, peppers, mushrooms, string beans, broccoli, and water chestnuts. 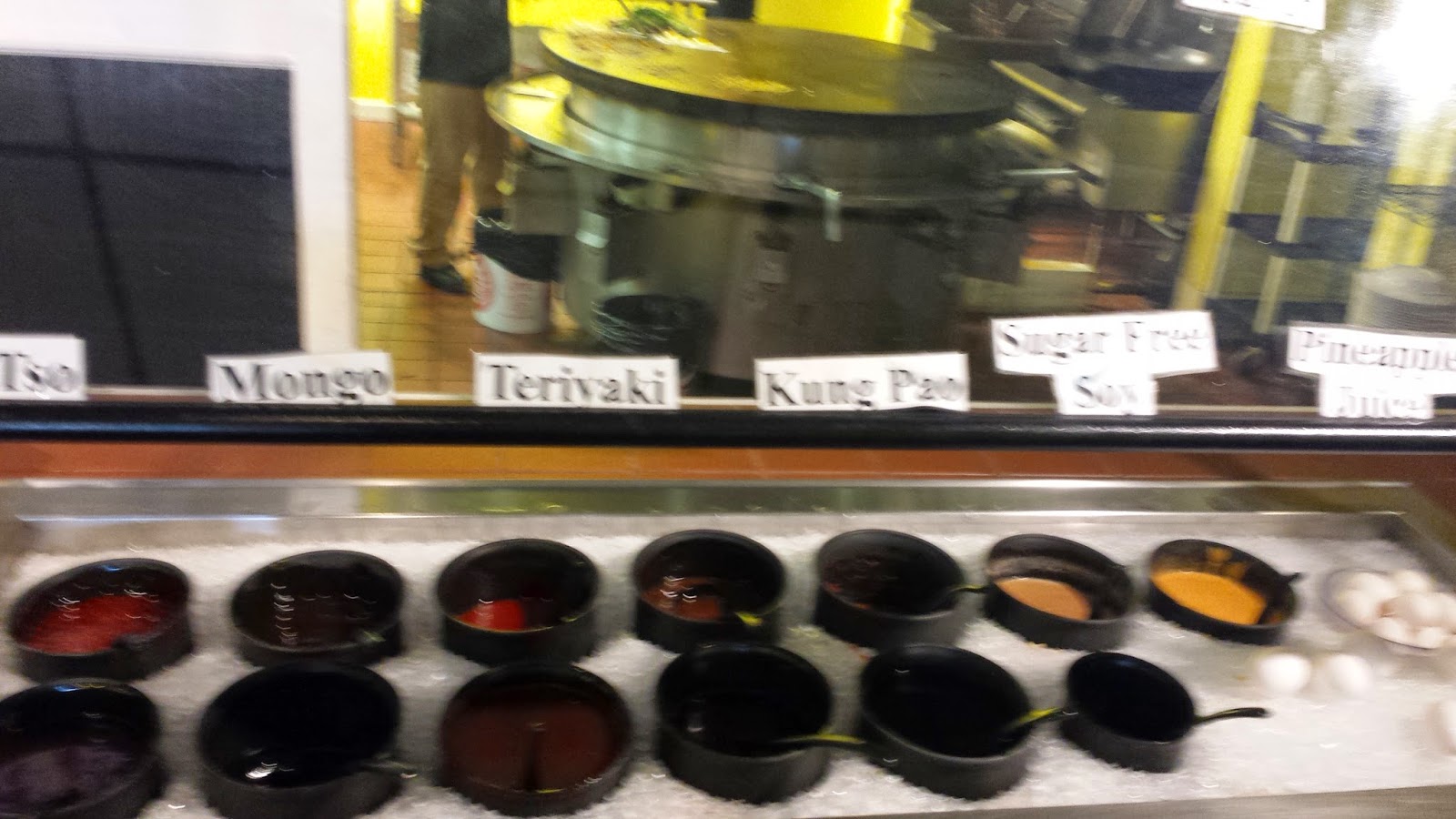 For the meat, I chose shrimp and steak.  That was a mistake. I don't love red meat, but I like that I stay full when I eat it without carbs. The fact that I already don't like it, makes me very sensitive to whether it is perfectly fresh or ...not.  And this meat was not. It had that bad beef aftertaste that I'd come to identify as the stale been tang. 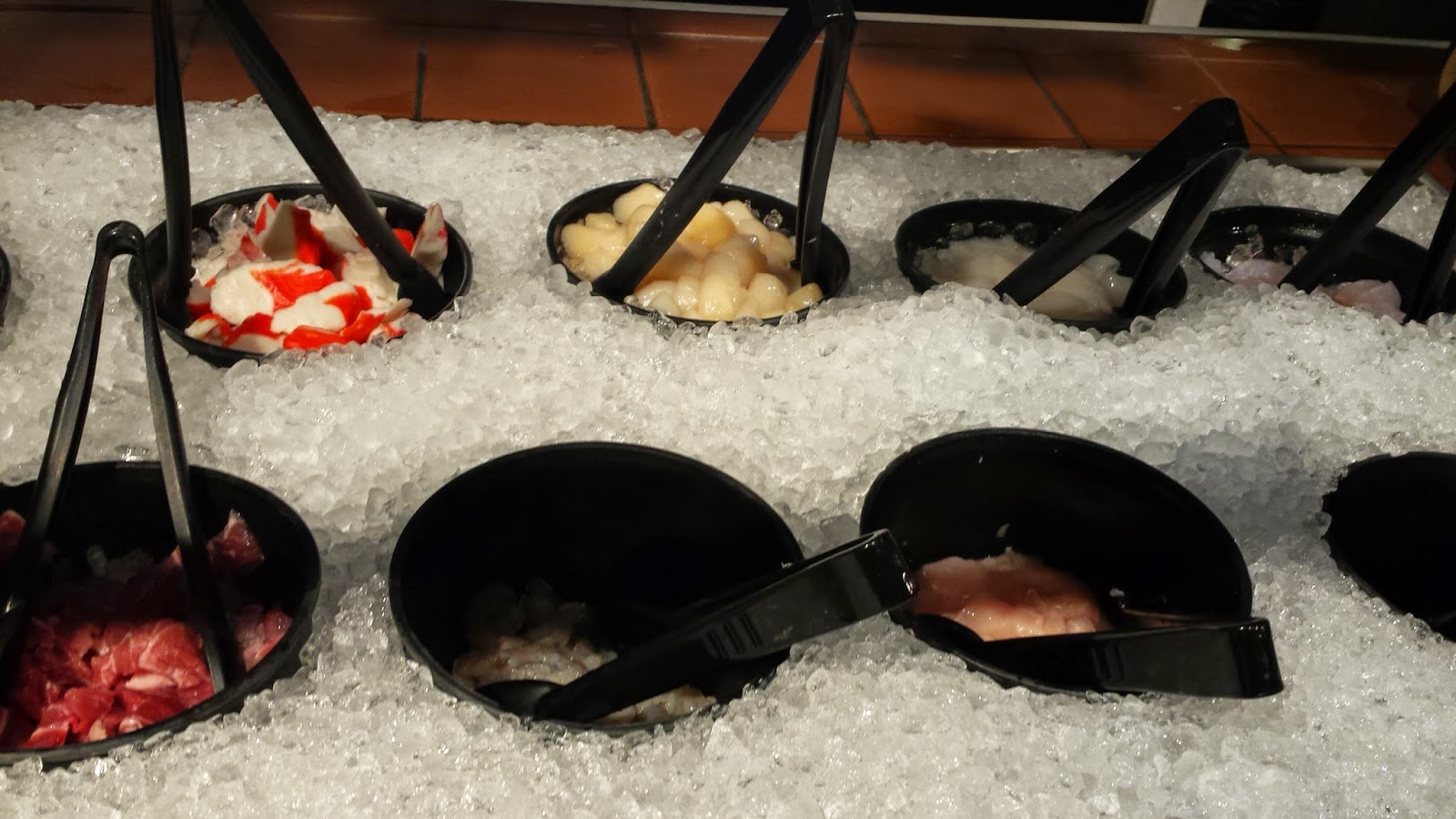 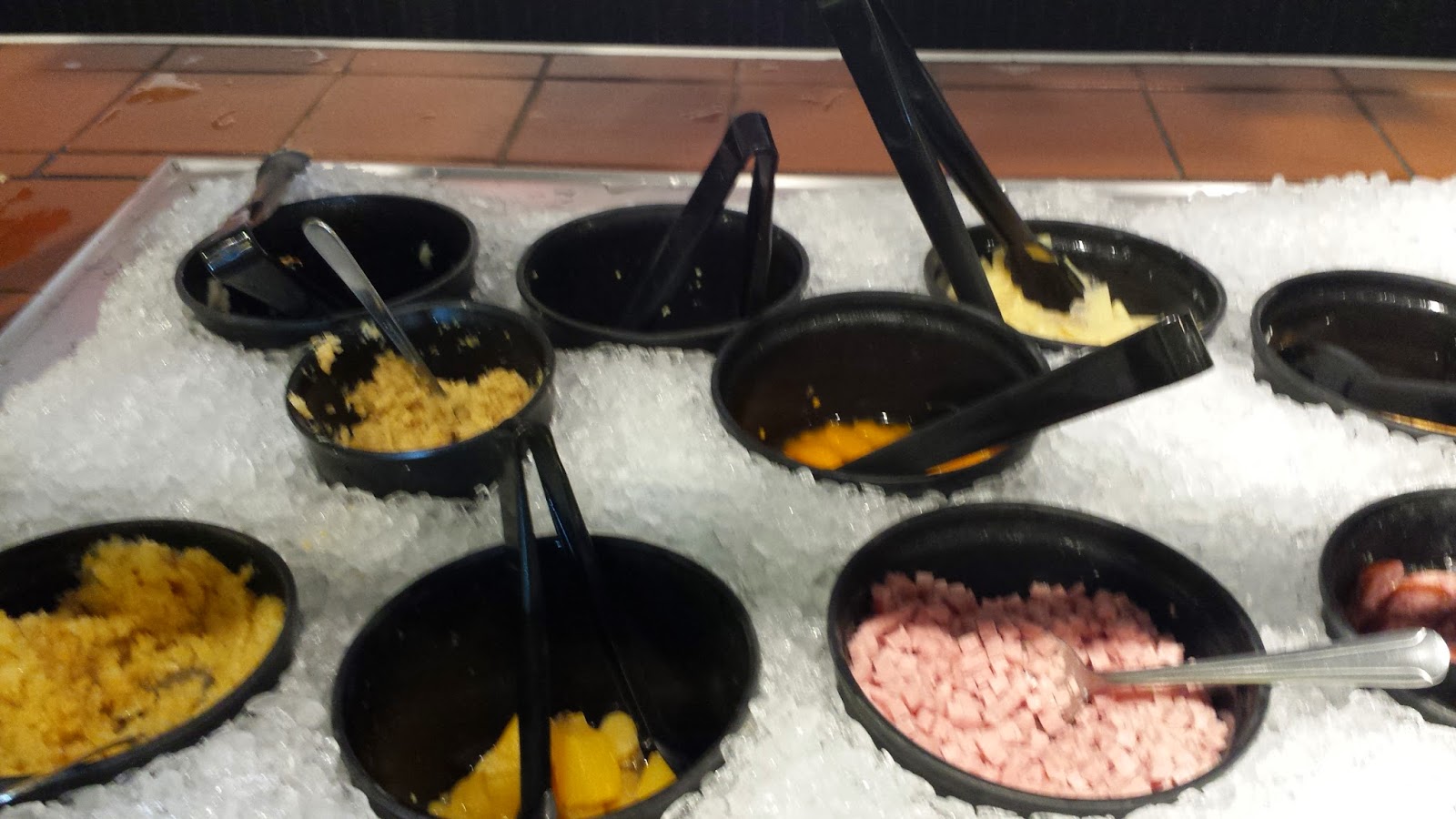 I wasn't happy.  The shrimp were ok, but even those were crappy.  I was so glad I put eggs in my set up because I left all the meat alone. The veggies were ok, but then again, how can you mess those up.  For my sauce, I chose the general tso so I thought it would be nice and sweet. Alas. The entire meal was nothing to write home about, and nothing like Genghis Grill. 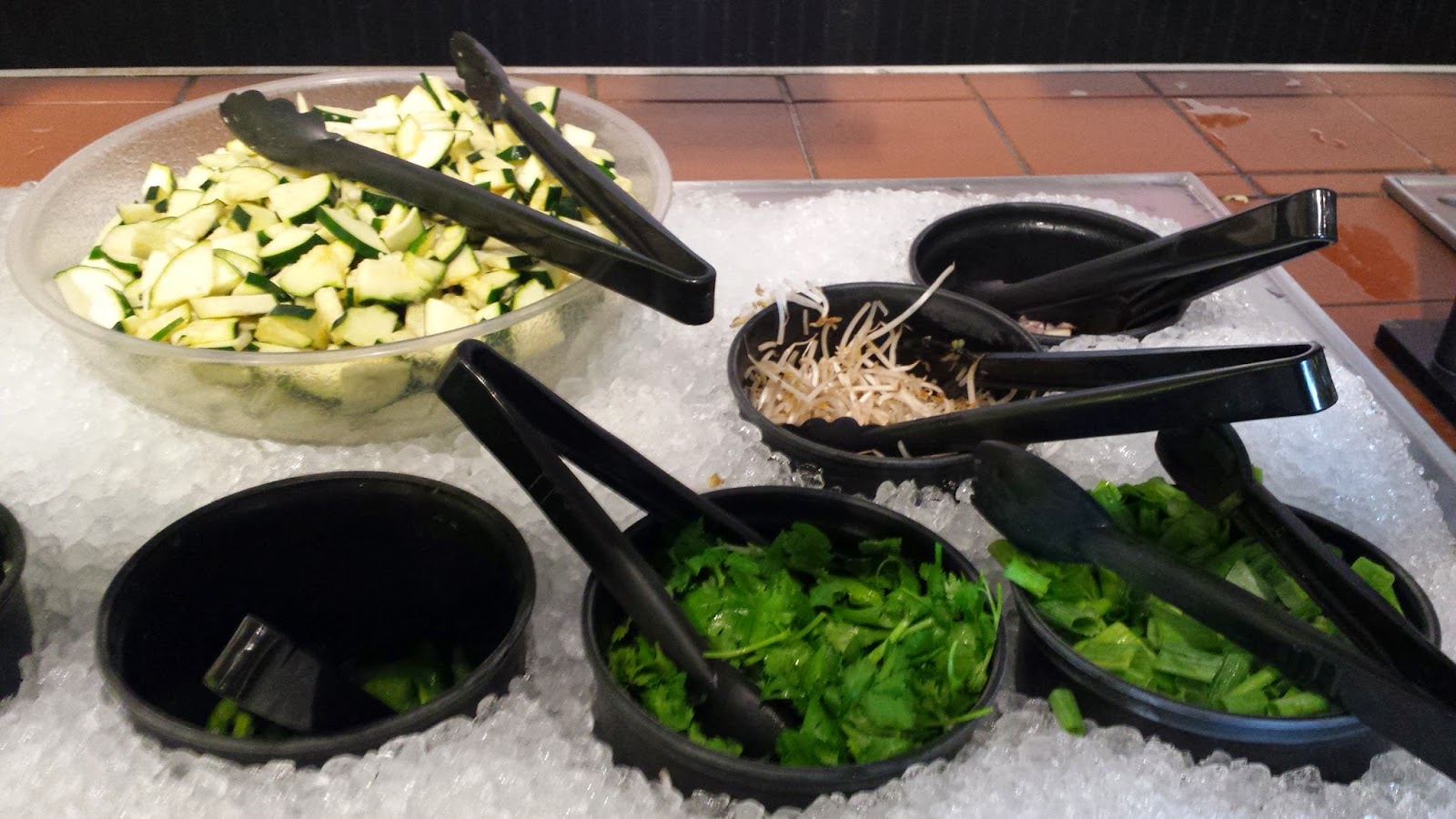 So there is it.  I can sure you I won't be eating there again. 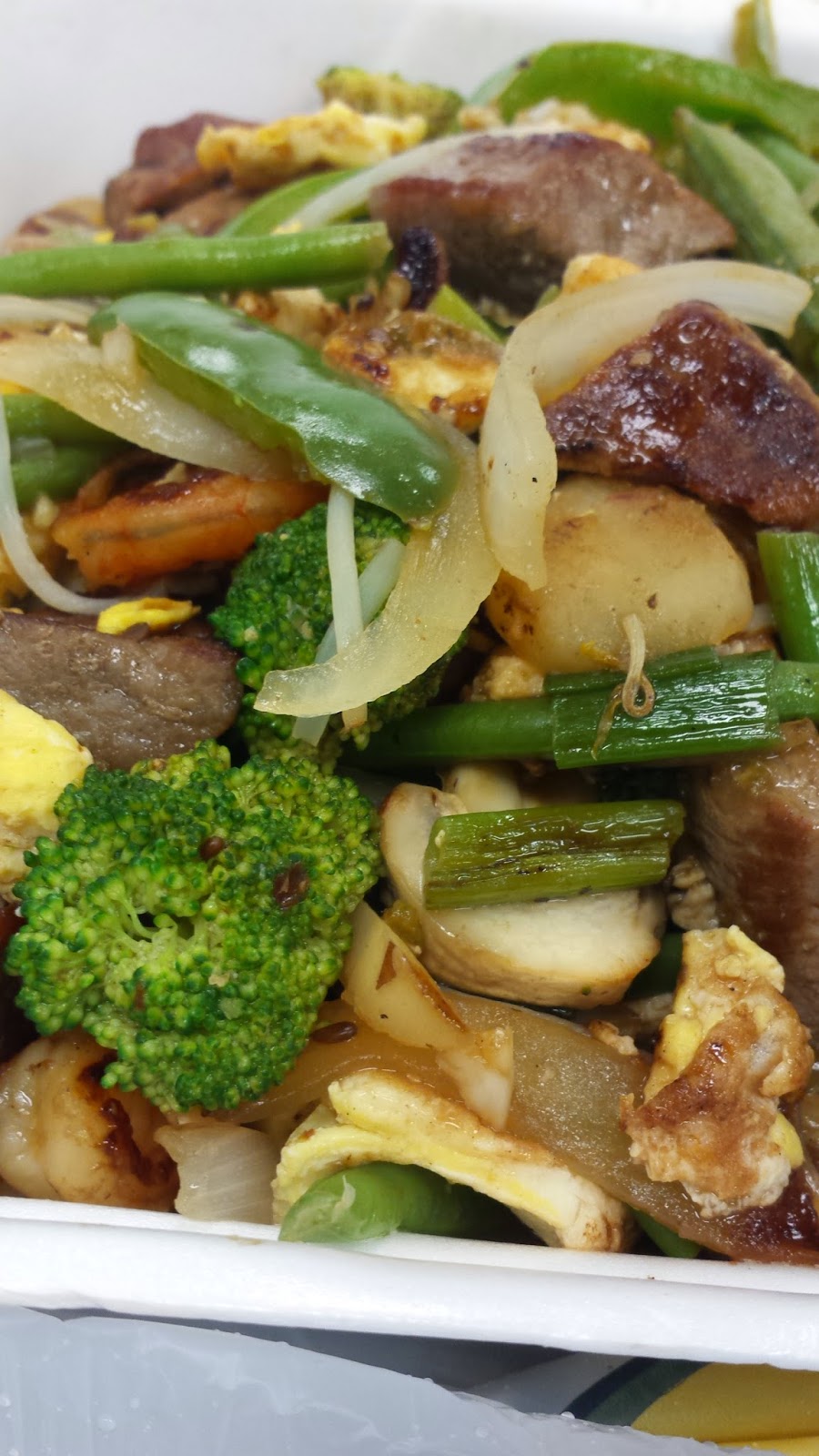 Posted by Nairobi Nicole at 7:40 AM